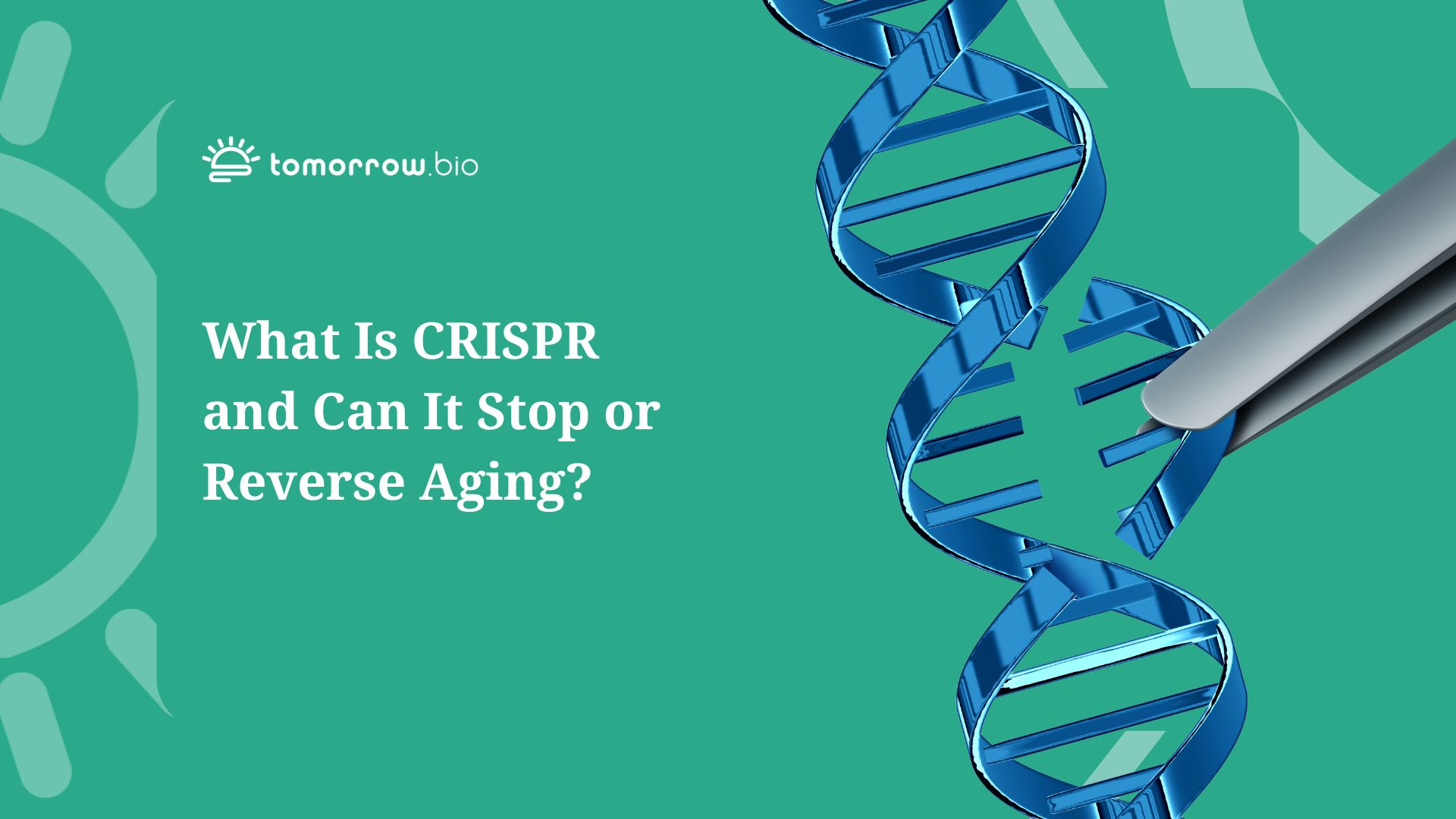 What Is CRISPR and Can It Stop or Reverse Aging?

Uncontrolled changes in DNA can cause diseases and deliberate changes can cure them.

At Tomorrow Bio, the fastest-growing cryonics provider, we stay informed about developments in the field of longevity and the study of diseases. This is because if we want to reach the day when revival from human cryopreservation is possible, medical technology must first succeed in curing illnesses that are incurable today. One of the most infamous diseases is cancer.

The battle against cancer is as old as medicine itself-even though in the past we knew very little about it. Humans have tried to combat this disease for so long that modern medicine is now better than ever at decreasing its impact on the human body. However, many types of cancer remain untreatable to this day. Not that long ago, research revealed that changes in DNA can cause cancer, linking genome-research with the disease.

The theory is simple: if changes in DNA can cause cancer, they might be able to cure it as well.

Over the past decades several gene editing methods have been developed, but none have ever been quick, affordable or easy to use. That is, until now. “Clustered Regularly Interspaced Short Palindromic Repeats” aka. “CRISPR” is a very precise, easy-to-use method of genome-editing that is currently taking the medical world by storm. Like a pair of scissors, CRISPR is able to cut through DNA exactly where it’s needed, enabling genome editing like nothing seen before.

Cancer isn’t the only ailment influenced by changes in DNA. The effects of aging on the body have also been linked to specific DNA strands. Could it be possible to stop or even reverse aging with CRISPR? Let’s take a closer look and find out.

How Does CRISPR Work?

Just like human cryopreservation through biostasis, the CRISPR method also was inspired by a defense mechanism found in nature. When certain microbes are invaded by a virus, they capture a snippet of the attackers DNA and store them away as CRISPRs. If the same virus tries to attack the microbes again, these CRISPRs can be called up to identify the DNA mutation and help an enzyme called “Cas” to find, and remove it.

Scientists quickly realized the significant potential for gene-editing in this process and promptly applied it for medical uses.

In lab tests, the CRISPR tool consists of two parts: A guide RNA and a DNA-cutting enzyme (usually Cas9). The aptly named guide RNA directs the Cas9 enzyme to the target DNA, which is then “cut”. To find the correct DNA, scientists design the guide RNA as its exact mirror image. This way, all it has to do is scan the gene for a DNA strand that mirrors its own, and prompt the Cas9 enzyme to cut there. Applying this method has yielded positive results. They demonstrate a significant level of accuracy more than any other previously used gene-editing tool - a remarkable feat.

How exactly the CRISPR tool operates once the target DNA has been found depends on the specific type, and goal of the process. To spare you the complex procedural details, there’s 2 options: The gene is either partially edited, or inactivated altogether.

The first medical trial of a CRISPR-made cancer therapy was launched in 2019 at the University of Pennsylvania. The study tested a type of immunotherapy in which patients’ own immune cells were genetically modified to better detect and “kill” the cancer cells.

A total of three patients were treated with this therapy. In two of them the cancer shortly stopped growing, but resumed to grow at regular speed soon after. In the third patient, no significant differences were measured.

At first glance this might not seem like a successful first trial, but the fact that it had positive effects on the solid tumors of two of the three patients was noted as an amazing implication for future treatments. More importantly, the therapy has not shown any negative side-effects based on the patients monitored during the study. According to lead scientist Dr. Stadtmauer, they will keep monitoring the patients for years if not decades to guarantee long-term safety of the procedure for future deployments.

Aging is a complex topic. We do not yet know everything there is to know about what makes us age, but we are aware of some aspects to this process.

A significant part of aging is controlled by so called master genes. If the activity of such genes can now be intentionally controlled through the means of CRISPR tools, then slowing down or even reversing the aging process is theoretically possible.

In lab trials, CRISPR was tested on mice affiliated with Hutchinson-Gilford progeria syndrome, a rare genetic age-related disorder that also affects humans. The results: aging of the mice has been suppressed, health and life-span significantly enhanced. Juan Carlos Izpisua Belmonte, a professor in Salk's Gene Expression Laboratory and senior author of the paper said:

Aging is a complex process in which cells start to lose their functionality, so it is critical for us to find effective ways to study the molecular drivers of aging.

Future efforts will certainly work to make the therapy more effective for human use.

Longevity research into CRISPR could lead to a rejuvenation of cells. This could enable scientists to treat many diseases and allow people to live a longer life. Perhaps it could help people live for however long they want to - a goal that overlaps with Tomorrow Bio’s vision.

It may even find use in future revival from biostasis, if research progresses. We are certainly eager to see where this goes. In the meantime, feel free to read about many more cryonics-related topics in our online editorial Tomorrow Insight. Or join the discussion on our Discord server The Biostasis Hub, and be part of our community!