Will I Be Revived In An Old Body?

Learn why you’re not likely to be revived in an old body. 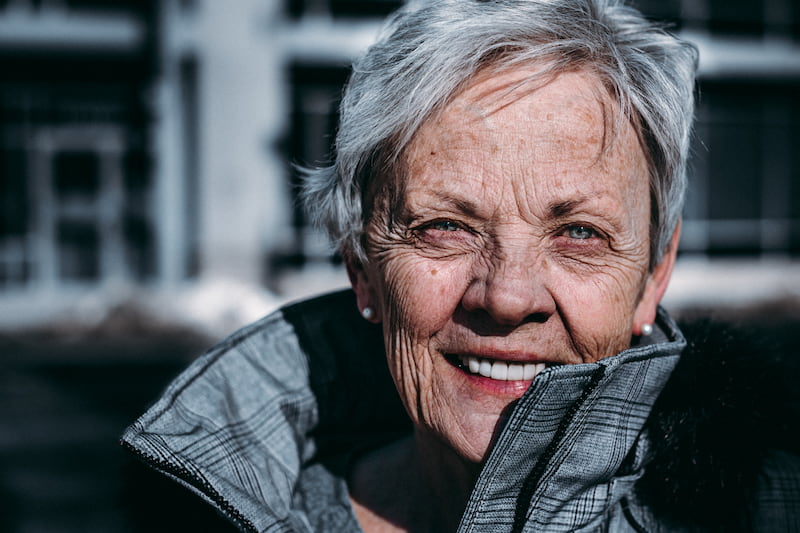 Would you still be interested in cryopreservation if you were revived in an old body? Most people would say no, and that’s understandable. If your physical and/or mental capabilities in the future are restricted by an old, aching body, cryopreservation may not seem like an exciting prospect. However, that probably won’t happen. In this article, we’ll detail some of the reasons why revival in an old body is unlikely.

What to Know About Cryopreservation

Cryopreservation involves the process of cooling patients to very low temperatures. This decreases cellular activity to a point that almost appears to pause entirely. If cellular activity is (basically) paused, so is cellular decay. How does this work?

During perfusion, cryoprotective agents (CPAs), a type of medical-grade antifreeze, are introduced into the bloodstream. As they circulate within the body, the cryoprotective agents replace the blood in the body and draw out water from cells and tissues. CPAs reduce the formation of ice crystals, thus minimizing cellular damage. Once the patient passes the glass transition temperature (around -125°C), they become vitrified. That is, they enter a glass-like amorphous state. This means that within the body, organs and cells are solid, but not frozen. Vitrification allows patients to remain preserved indefinitely inside a cryogenic storage dewar.

So, where’s the issue?

The Limits of Cryopreservation

As of right now, no technology exists to safely rewarm cells so that they resume functionality without damage. Let’s explore this a little deeper.

First of all, no technology currently exists that can reactivate biological activity for revival. There’s also no technology available to rewarm tissues homogeneously, which is essential for cellular vitality after revival. Ongoing development of nanotechnologies and nanowarming could eventually help with this, but they have a long way to go.

Another challenge is that the high volumes of CPAs used during perfusion become increasingly toxic as concentration increases. However, if you use a lower concentration, there’s no full cryoprotection. This means that ice crystals could still form and the body wouldn't be able to be cooled to low enough temperatures. Any presence of ice crystals within the body would destroy cells and tissue. Before revival can even be considered, these challenges need to be addressed. However, there’s currently no known biological reason why the revival of cryopreserved patients is impossible. Nevertheless, cryopreservation can only provide a chance for life extension, not a guarantee.

Fighting the Effects of Aging

Hypothetically speaking, if the technology is eventually developed, what would revival look like? Will you find yourself waking up in the future at the ripe old age of 86 or will you find yourself in the prime of your life again? There are many reasons to assume the latter.

The process of aging is complex but ultimately results in impaired physiological functions and an increase in vulnerability to death. Research over the last few decades has discovered certain denominators that control aging. These are considered the nine hallmarks of aging, and they’re consistent across various organisms. Aging denominators include genetic instability, telomere attrition, epigenetic alterations, loss of proteostasis, deregulated nutrient sensing, mitochondrial dysfunction, cellular senescence, stem cell exhaustion, and altered intercellular communication.

If technology has advanced enough to revive a person and treat their underlying cause of death, it’s highly probable it will also be able to tackle some issues associated with aging denominators. This could lead to elongated lifespans, lower rates of disease, and more. The general consensus here is that medical technology to fight the effects (and causes) of aging will develop long before the technology for reviving people.

This means that it’s unlikely you’d be revived in an old body.

In fact, you’ll probably be in much better condition than you’ve ever experienced. While your chronological age (the number of days since you were born) will be quite high, technology that decreases your biological age (the age of your cells based on vitality) could exist. To support this idea, let’s review some of the most recent advancements in the fight against aging.

One development in aging research is that of aging clocks. Aging clocks are used to determine a person’s biological age or the speed at which someone is aging on a cellular level. This depends on several biomarkers, which have now been isolated and identified. Aging clocks grant researchers the ability to properly quantify and define aging, which allows for a general agreement on what constitutes aging and biological age, how to measure progression, and unbiased conclusions on the impact of certain therapies [1]. Aging clocks have offered researchers a new point of view on getting older.

Artificial intelligence has also contributed to new insight in the research of aging, as it increases the ability to generate and accumulate age-related data. AI unveils the mechanistic relationship taking place within the body [2]. Some of the applications of AI for aging research include:

Research on the effects of telomere shortening has also provided key insights. While telomeres (sections of DNA at the end of chromosomes) are expendable, their depletion can increase the incidence of diseases. This was discovered by Elizabeth Blackburn who won a Nobel Prize after publishing her research regarding the use of telomeres and enzyme telomerase as protective agents for chromosomes. It’s provided insight into the mystery of aging and inspired further studies on the subject.

While there are thousands of research studies that have made promising headway in the field of aging, there’s still a lot to uncover. We may not reach a point of biological immortality any time soon, but who knows what will happen in the future? Whatever occurs, it’s unlikely that you’d be revived in an old body.

Tomorrow Bio offers whole-body cryopreservation to give people a chance to be revived in the future, once medical technology has advanced enough. Sign up here in less than 10 minutes today or contact one of our team members to learn more.

Society
What’s The Purpose Of Cryonics?

Society
Meet Einz: The Youngest Person To Ever Be Cryogenically Frozen

Society
Bioethics In Italy: What It Is And How It Is Divided