Discover the difference between our two types of ages. 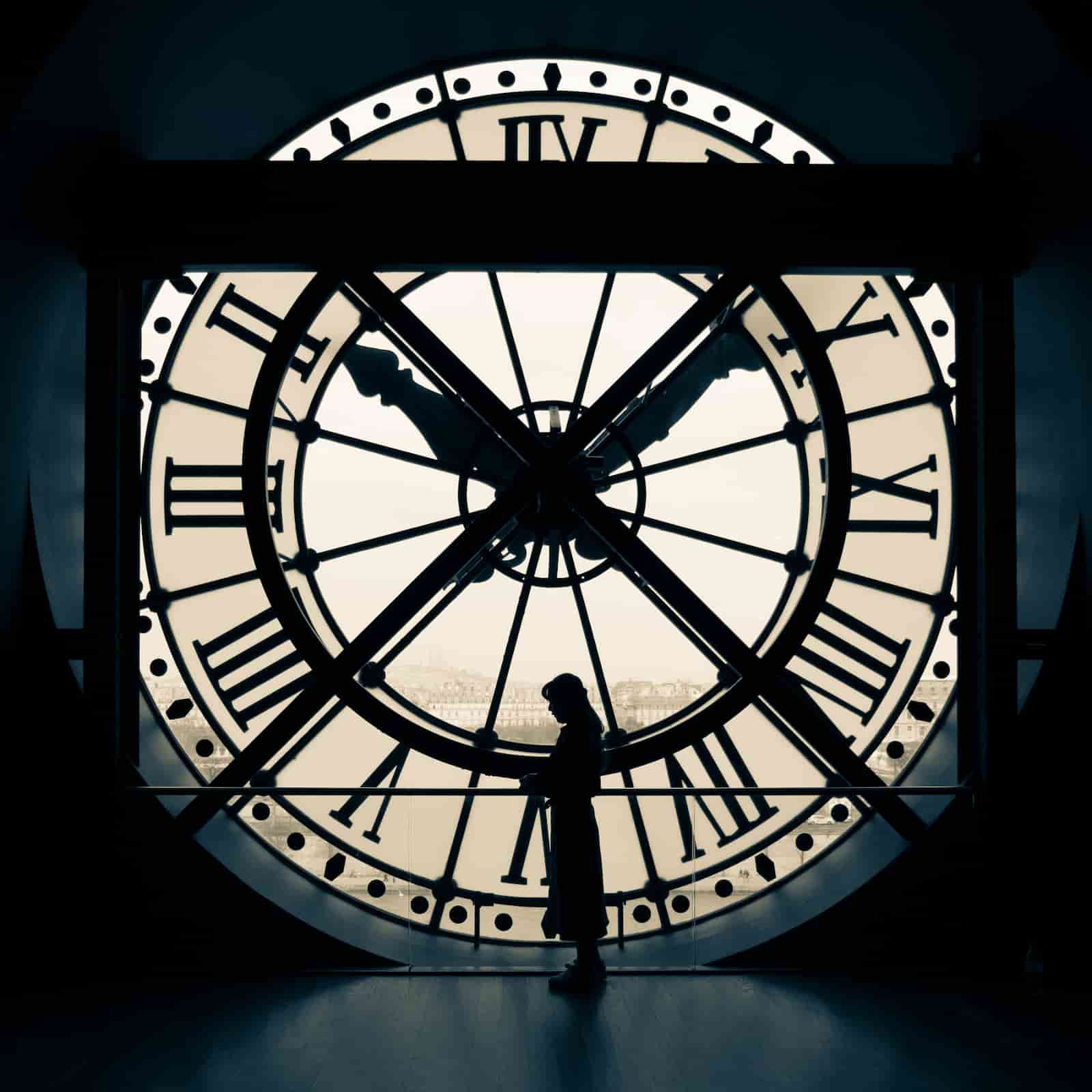 Aging is a topic that concerns us all. Everyone ages, automatically, regardless of if they want to or not. To some people, aging holds meaning; to others, it’s nothing but a nuisance. While some see getting older as a natural indication that life is coming to an end, , others opt for Biostasis. They take the chance to push that end a bit further, and possibly start life anew in the future. Join me, as we explore what it means to grow older, and why aging isn’t as straightforward as you might think.

“How old are you?” is a question you can probably answer. You automatically assume the kind of age we are talking about. That’s because our minds default to “chronological age”, whenever we talk about it in casual conversation. Chronological aging is the “simple” (more on this later) process of time passing.

A few centuries ago, you would have considered yourself lucky to reach 43 years of age. Since then, median life expectancy in Europe has risen to around 80 years of chronological age and dying at 43 would be called “a tragedy”. When someone dies of “old age” now, people tend to assume they were between 75 and 100, and they’d  often be right. But, in reality, chronological age has nothing to do with the process that ultimately brings your life to an end. When your body stops working by itself, the real cause is called “biological aging”.

Biological aging is a disease that every living organism we know of suffers from. It is the automatic, progressive decay of bodily organs and tissue and can be split into two categories: intrinsic aging and extrinsic aging.

Together they make up what we refer to as the biological age of a human being.

A person with disadvantageous genetics and a terrible smoking habit is prone to having a higher biological age, and with that a higher mortality rate. On the other hand, someone who possesses favorable genetics and a healthy lifestyle is more likely to be biologically younger. Exceptions to this are rare diseases like Progeria, where biological aging can occur up to 10 times as fast as chronological age dictates, resulting in an average life-expectancy of 8-21 years.

Humans aren’t the only species with intrinsic and extrinsic aging mechanisms. I’m sure you’ve heard people say “One human year is 7 dog years” when talking about the life expectancy of their quadruped friends. Most who say that don’t realize that they just explained the difference between biological aging in humans and dogs. While a 12 year old human is considered a child, a 12 year old dog is approaching the end of its organic life-span due to the faster intrinsic process.

So a dogs’ or cats’ biological aging is less favorable than that of humans, because their cells deteriorate at a more rapid rate. They will never (with current technology at least) live to the same age as we humans can. Their biological clock dictates it. But what if we could change the speed at which that clock ticks, or better even, wind it back up?

What are aging clocks?

I keep talking about biological age, but how do we know exactly how old we biologically are? The truth is, we still can’t tell - at least not accurately. We will probably be able to in the future, thanks to the various current researches on the so-called aging clocks. Aging clocks are made up of multiple biomarkers (molecules found in human tissue, blood, and other body fluids) that can give us an estimate of an organism's biological age. For example, through the analysis of methylation patterns, which regulate gene-expression of individual tissues, researchers can indicate how much your cells have degraded. Essentially, the patterns within our DNA change as we age. These epigenetic reactions are caused by behavioral and environmental factors, such as stress or air-pollution. They do not shift the structure of your DNA. Instead, they change the way your DNA sequence is being read by your body. The problem here is that, depending on where you take the sample from, the results (biological age) can differ. This makes it hard to pinpoint an exact, overall biological age through the use of biomarkers.

The first correlation between biomarkers and the aging process was found by Steve Horvath, while conducting a completely different study about sexual orientation, in 2011. He has dedicated his studies to the science of aging clocks ever since and even won several awards for his work in the longevity field at Altos Labs.

In addition to assessing health states, aging clocks can be highly resourceful tools for evaluating the effectiveness of antiaging interventions. A recent study actually hinted at the possible reversal of biological age. Still, a great amount of testing is necessary, as aging clocks are prone to random errors, making results less precise.

How time is defined

First, it’s important to emphasize that we, humans, define time. Time exists without our observation of it, but it only takes a measurable form because of our definition. A day passes when Earth has concluded a 360° spin around its own axis. This is called a “sidereal day”. A year goes by, whenever Earth concludes a full rotation around the sun. A “sidereal year”. Because of the elliptical shape of Earth, a rotation around its axis can sometimes take a few minutes longer, other times a few minutes shorter than the 24 hours we learned to work with. For practical use we default to “solar days”, which clock in at the 24 hours we are used to and “tropical years”, made up of 365 solar days. All other measurements, our hours, our minutes, our seconds, are designed to fit within these constants (the little inaccuracy we try to correct with leap years). So saying someone is “42 years old”, simply means they have partaken in 42 roller coaster rides around the sun in their life-span. Using the same deductions, a cell's biological age means that it has been exposed to 45 full rotations around the flamey ball in the sky. Our definition of time lives and dies with the relationship between Earth and sun.

The issue with space-time

Imagine a human, 100 years in the future, is born on Mars and spends the first 42 years of their life on the red planet. A solar day on Mars is 24 hours 37 minutes. Compared to Earth’s 23 hours 56 minutes, that makes a Mars day 2.75% longer than one on Earth. A solar year on the other hand (the time it takes Mars to circle the sun) consists of 686.98 Earth days (around 1.88 Earth years). This means, a martian with a chronological age of 42 on Mars would be 79 on Earth. One way to overcome this inconsistency would be to default to Earth’s system, even when living on Mars. But that would only get rid of the chronological conflict.

Biologically, things get very tricky. Earlier we mentioned extrinsic aging, and how it can affect our biological age via outside forces. One of these forces was living conditions. But we didn’t only mean the difference between living in a sterile villa in the countryside, or the slums of a polluted city. It starts with the planet we live on. “Gravitational fields” and “time dilation” as well as cosmic radiation and ozone layers (did you know that Earth isn’t the only planet with one?) play a big role in how fast (or slow) your biological clock will tick. In the case of Earth, time dilation is hardly a concern. As a result of the gravitational field, objects getting in contact with Earths’ pull have their time slowed down by only a few billionths of a second per centimeter, every century they stay on our planet. This is also the case for Mars. Yet it is not hard to imagine a planet, somewhere in the solar system, where this effect may be much stronger. Mars, other than Earth (or Venus), has no ozone layer protecting it from cosmic radiation, rendering any organic compounds on the surface fully exposed to the harmful ultraviolet rays. Adding up all of this, it is very likely that humans would age considerably faster on Mars than they would on Earth.

But just like most wouldn’t walk into Chernobyl unprotected, you’d also take precaution before introducing life to another planet. Precautions that, according to scientists from UC Berkeley, could actually slow down biological aging on Mars. As we said, it’s tricky, but one thing is for sure: Once humanity reaches interplanetary space travel, our link between chronological and biological age will become more and more obscured. Our understanding of what’s normal only works in the exact condition Earth provided for us. On the interstellar side of things our “normal” really is a very specific exceptional case.

On that topic, a sci-fi movie that tackles these themes very well is “Interstellar”. If you haven’t seen it yet, we recommend you to give it a look!

How science is trying to defy time

As science advances, more options to alter our biological aging process open up to us. The prospect of human hibernation in the form of cryosleep or Biostasis, is not a distant dream anymore, but has active research being conducted right now (even by NASA). Further progress in this field could allow us to slow down or even temporarily halt our biochemistry, for medical procedures or interstellar travels. On the front of nano-technology scientists are working to repair damaged cells and even reverse them to a previous, healthier state. The end-goal of longevity research is “longevity escape velocity” - a prospect at which we are able to extend our maximum life-span faster than it takes our biological aging process to reach it. Science still has a long way to go before reaching this point, but scientists are hard at work to make it happen one day.

Humanity’s battle against aging is a battle for the ages. But never before have we gotten this close to understanding and conquering it. The discovery of aging clocks, their implication for biological aging, the multitude of ways how the passage of time can affect our cells, and technology to alter individual cells. A lot of scientific progress regarding age has been made these past few decades, and we are certain there’s a lot more to come. We at Tomorrow are  excitedly awaiting what’s next, and ready to provide people with the option to take their own shot at defying their biological clock via Biostasis.

If you are interested in learning more about what we do, feel free to schedule a call with us. If you feel now ready to join our community, sign up here!

Longevity
What Are The Biggest Challenges Facing AI In Healthcare Today?

Longevity
What Makes An Organization Last Hundreds Of years?