What Is Intermediate Temperature Storage (ITS)? 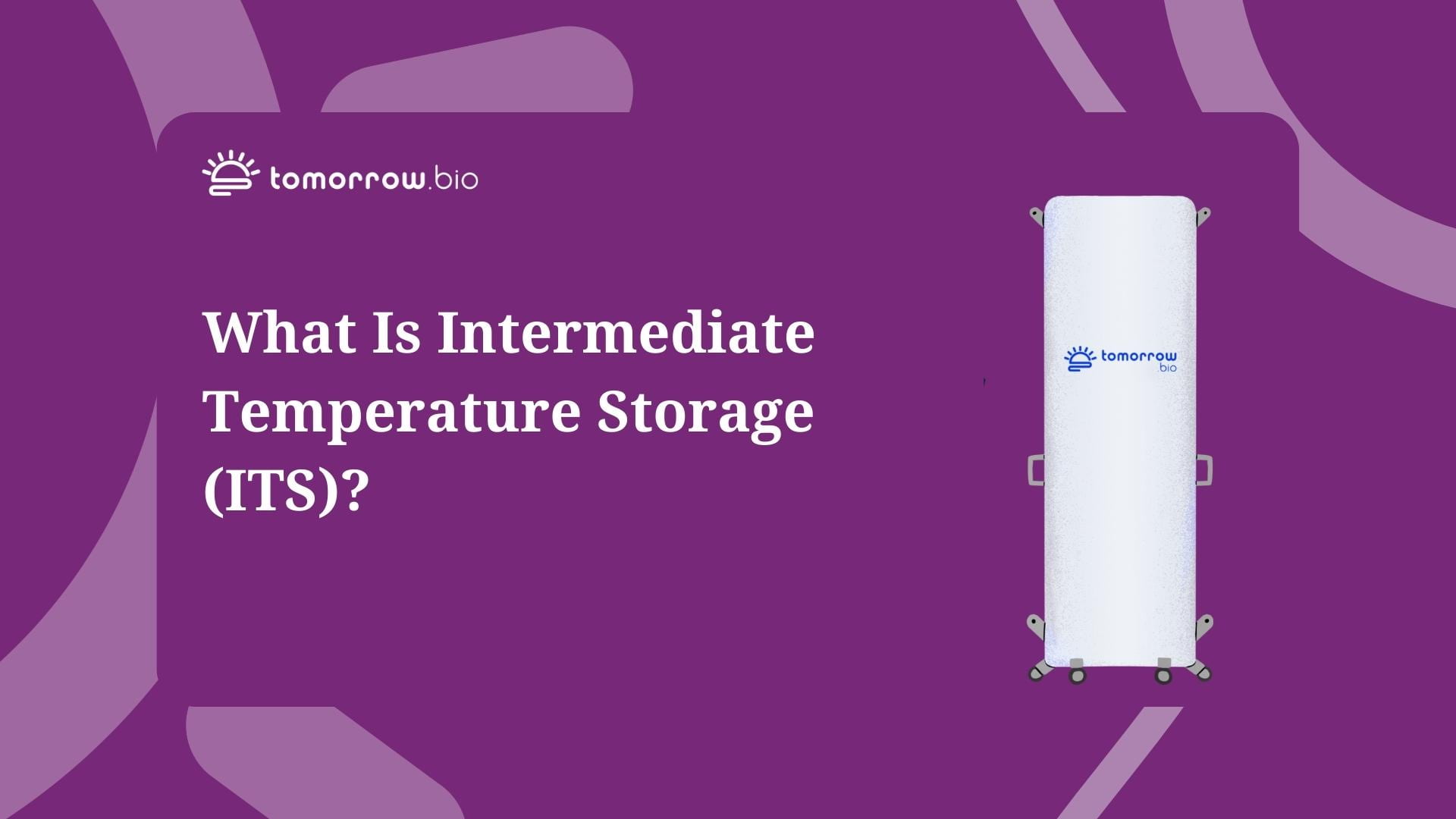 At Tomorrow Bio, we are continuously researching new ways to improve our cryoprotection and preservation procedure. The initial stages of the process are refined through SST-Teams that supply the only professional whole-body field cryoprotection procedure available right now. State-of-the-art cryoprotective agents are deployed to minimize cell-damage during cooling. Furthermore, liquid nitrogen provides a highly stable storage environment for cryopreserved patients.

Despite all these efforts, further scientific efforts could reveal plenty of ways cryopreservation can be improved upon. One point of consideration is the way cryopreserved patients are currently stored. Find out why that is the case and what a proposed solution could be in this article.

What storage method is presently being used?

Currently, most cryopreserved people are stored in liquid nitrogen at a temperature of -196°C. This inexpensive and sustainable method uses no electricity, and is fairly easy to maintain with new supplies of liquid nitrogen having to be added only once a week. So what’s the issue?

In cryopreservation, patients will enter a state of vitrification at a temperature of around -130°C. This is a glass-like state Following this event, they are slowly cooled down further to -196°C, the natural temperature of liquid nitrogen, at which point their body temperature will remain static.

The problem doesn’t lie with the long-term storage, but rather what happens before and after that.

-196°C doesn't provide (relevantly) better preservation compared to -130°C. Liquid nitrogen just so happens to possess a temperature cryopreservation can work with. In fact, it would be more practical to our cause if the temperature of liquid nitrogen was closer to (but still below) the glass transition point.

In regular storage, uniform cooling minimizes the thermal stresses of the tissue when going below vitrification temperature. Stress can be further diminished by holding the temperature near the glass transition point for a period of time shortly after vitrification. This allows for further stress relaxation before the body is cooled further.

The process of cooling to this significantly cold temperature causes tissue to fracture, amongst other types of damage we are trying to prevent. Injuries of this kind do not necessarily hinder preservation of crucial neuroanatomical information, although they do complicate future recovery.

Why does cooling damage tissue?

Molecules vibrate, causing a typical volume or density to manifest at any specific temperature. When temperature decreases, so does the volume of the object exposed to it. This phenomenon is called “thermal contraction”.

When an object becomes vitrified, its warmer interior will cool faster in comparison to its outside shell, decreasing in size at a slightly faster rate. [1] As both inside and outside are attached to each other, this difference in size can cause fracturing to occur, damaging the tissue in the process.

What Is Intermediate Temperature Storage?

Fracturing can be reduced, and potentially (almost) avoided, by cooling through the glass transition temperature slowly and maintaining a temperature closer to the vitrification point.

This system is called “Intermediate Temperature Storage”, in reference to its temperature lying somewhere between that of vitrification and liquid nitrogen.

Thermal stress of the tissue is less of an issue when cooling beyond the glass transition temperature is stopped sooner. According to past data [2], damages are even more likely to occur the faster the tissue had been cooled.

Regardless of its theoretical benefits, ITS systems are not commonly used for cryopreservation today outside of research procedures. This is mainly due to the plethora of challenges and complications the method brings with it.

First, there is a much higher risk-factor of employing ITS systems compared to the currently used, which is immersion liquid nitrogen storage. Traditional storage dewars at -196°C are kept almost filled to the top, containing over 1000 liters of liquid inside. This amount of liquid nitrogen is enough to keep up preservation for more than a week, before a refill is needed. Regular ITS dewars, such as those constructed by Alcor [3] on the other hand, only contain about 120 liters of liquid nitrogen at the bottom of the storage device, which is at most sufficient for 5 days of storage when operating at a temperature of -140°C.

Additionally, ITS dewars consume twice the amount of liquid nitrogen compared to their colder counterparts, while only being a third of the size. Just like regular dewars, they are equipped to fill up automatically, but require more resources and checkups to guarantee  stable temperature maintenance. Taking into consideration that (potentially damaging) temperature fluctuations are more likely to occur, ITS dewars ultimately turn out to be a less reliable and safe option.

Sorting out these drawbacks is possible, but it is accompanied by exponentially higher costs of storage upkeep.

In theory ITS storage provides a higher quality cryopreservation. Yet, more complex maintenance and higher cost keep it from being the go-to option today. Tomorrow Bio will offer ITS storage as an option to its members in the future, should they wish to be preserved this way. As of now liquid nitrogen storage remains the safer and more affordable alternative, which is the reason for its continued standardized use in cryopreservation.

Are you interested in discovering more about cryopreservation? Feel free to schedule a call with us and ask us your questions directly!