What’s the Difference Between Freezing and Vitrification?

What’s the difference between freezing and vitrifying in cryonics? Read on to learn more. 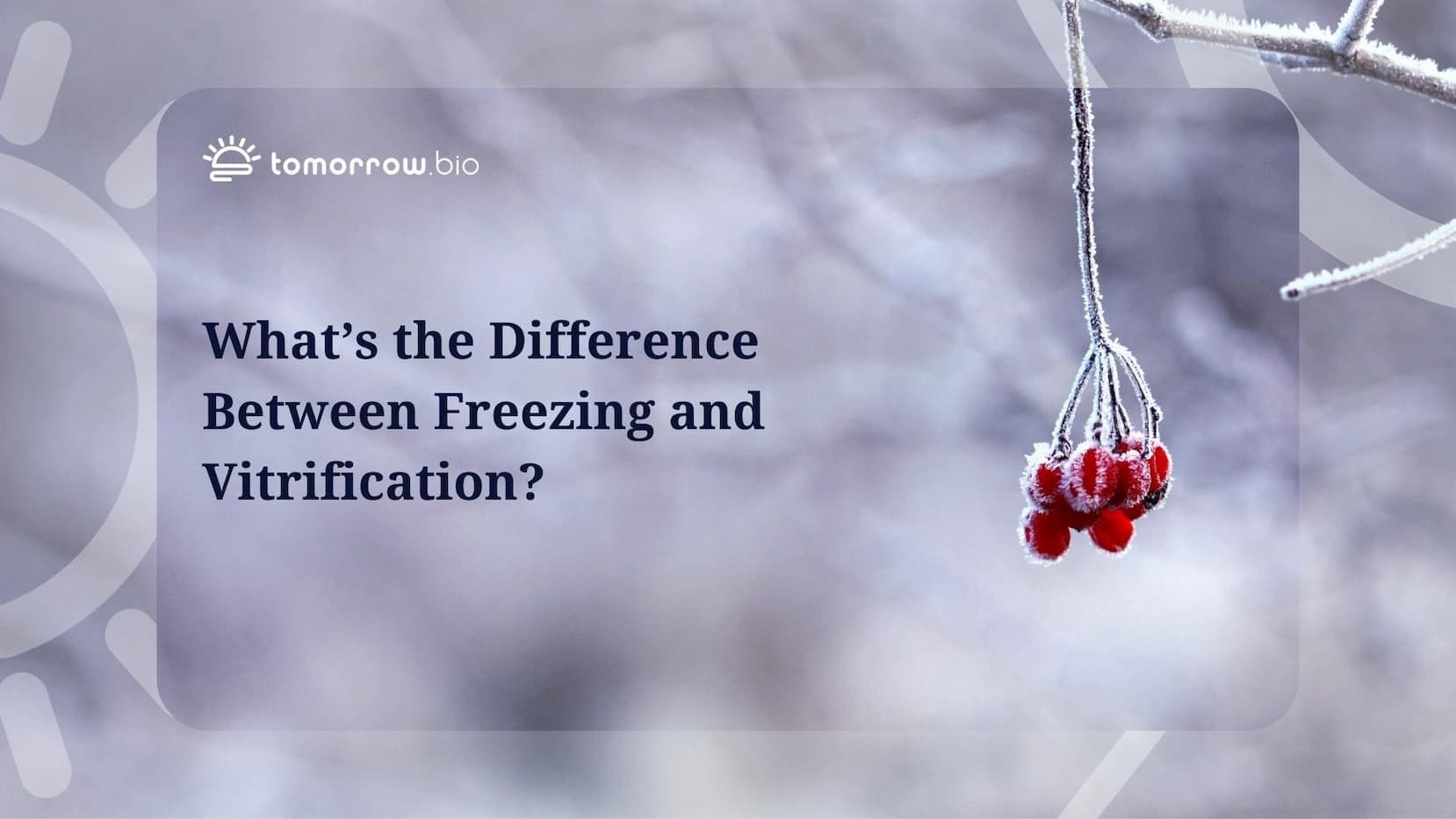 When talking about cryonics to someone who isn’t familiar with the subject, their first reaction is usually, “So, you freeze people?” It’s one of the most common misconceptions. Cryonics doesn’t freeze people, in fact that’s the very last thing we want to do. Instead, patients are vitrified, a different process from freezing. Let’s examine the difference between the two.

To understand this, we need to know what happens when water freezes. At 0 degrees Celsius, ice crystals begin to form. The water will still stay at this temperature as these crystals grow. This is why water expands when it freezes, or increases in volume by 9%. But why is this the case?

A water molecule is composed of one oxygen atom and two hydrogen atoms, H2O. The two hydrogen atoms create a negative charge, while the oxygen atom creates a positive charge. When multiple water molecules come close to each other, the positive charges on one molecule will attach to the negative charges on another. This is what gives water its distinctive structure and properties such as surface tension for example. In a liquid state, these molecules can move freely. However, as the temperature drops, their movement decreases and loses energy in the process. When the temperature reaches 0 degrees Celsius, the molecules take on a more fixed shape.

How Freezing Affects the Body

So, now that we’ve defined what happens to water molecules when they freeze, we need to understand how this process works on a body. To do this, we need to break down the basic components of a body.

The human body is a complex organism in one single system. This system however, can be broken down into 4 structures:

Living tissue, which are a group of cells with a similar structure and function, are mainly made up of water. However, water in the body is also part of other solutions with other molecules. As the temperature drops and water molecules begin to freeze, they begin to push other molecules into a concentrated solution.

In addition, water crystals form on the outside of cells. This causes cells to dehydrate, shrinking as a result. They are then pressed against the forming ice crystals, which can cause further damage to the cell structure and tissue. You can see this happen on a smaller scale when you take a piece of food out of the freezer and let it thaw. You’ll notice that it turns more mushy as a result. This is because of the damage ice crystals have on the cell structure, causing them to rupture and lose their form.

Now, instead of a carrot or piece of broccoli, imagine now what this would do to a person. The cell structures within the body wouldn’t be able to retain their form when thawed because of these ice crystals. If someone were frozen, their body would need to undergo extensive cellular repair in order to be able to function again. This is why, in cryonics, we vitrify patients instead.

Vitrification is the process of transforming an object (or living thing) into a glass-like state without the formation of ice crystals. This is achieved through cooling the object or person until they reach a temperature around -125 degrees Celsius. To achieve this in humans, water molecules within the body are replaced with a type of medical-grade antifreeze called cryoprotectant agents (CPA).

In human cryopreservation, CPAs are perfused into the body to replace blood. It also draws out water from cells. With the remaining water molecules, CPAs form a protective shield around them preventing them from clustering and forming ice inside the patient. The cryoprotectants protect the body as it passes through the glass transition temperature which is around -120 degrees Celsius. At this point, the patient is now vitrified, and all biological activity is so slow it appears to have ceased.

Cryonics & Vitrification-What We Actually Do

When a patient undergoes cryopreservation, to reduce the ischemic damage to the brain, the body must be cooled quickly. To achieve this, our standby team (SST), upon a patient’s legal death, will work to stabilize the patient on-site. This consists of 3 key steps:

On site once the patient is stabilized, the standby team will carry out field cryopreservation. The chest cavity is surgically accessed and the aorta and vena cava are cannulated to hook the patient up to the perfusion system, so that the CPA perfusion can begin. CPA is perfused slowly with increasing concentration, internally cooling the patient along with providing protection against ice formation til the desired concentration is reached. Once the patient has been completely perfused with the highest concentration of CPA, the standby team can then transport them to the long-term storage facility.

For the final phase of the procedure, upon arrival to the long-term storage facility, the body will be further cooled down inside a cooling chamber. This will cool the patient down over a period of days to weeks until they reach -196 degrees Celsius. Once the patient has reached this final temperature, they will be placed inside a dewar, a specialized vacuum flask for cryogenics. In this vitrified state, the patient can be held in the long-term storage facility indefinitely until future revival is possible.

While freezing and vitrification deal with cold temperatures, the chemical reactions during cool down are wildly different. This is often where the misconception comes from.

However, cryonics does not want to actually freeze a patient. Freezing would damage the patient’s body to the point that extensive cellular repairs would be needed before revival could even be considered a possibility. This is why cryopreservation providers such as Tomorrow Bio use vitrification as the main means to cooling a body. It is to ensure that the patient is in a condition that makes future revival easier to achieve with minimal damage to the body.

So, the next time someone says, “Oh, cryonics. Isn’t that freezing dead people?” you can tell them the difference.

If you want to learn more about cryopreservation and cryonics, feel free to schedule a call with us. In the meantime, check out Tomorrow Insight for more information! Don’t forget to follow us on Instagram, Discord, Twitter, LinkedIn, and Youtube for updates on Tomorrow Bio!