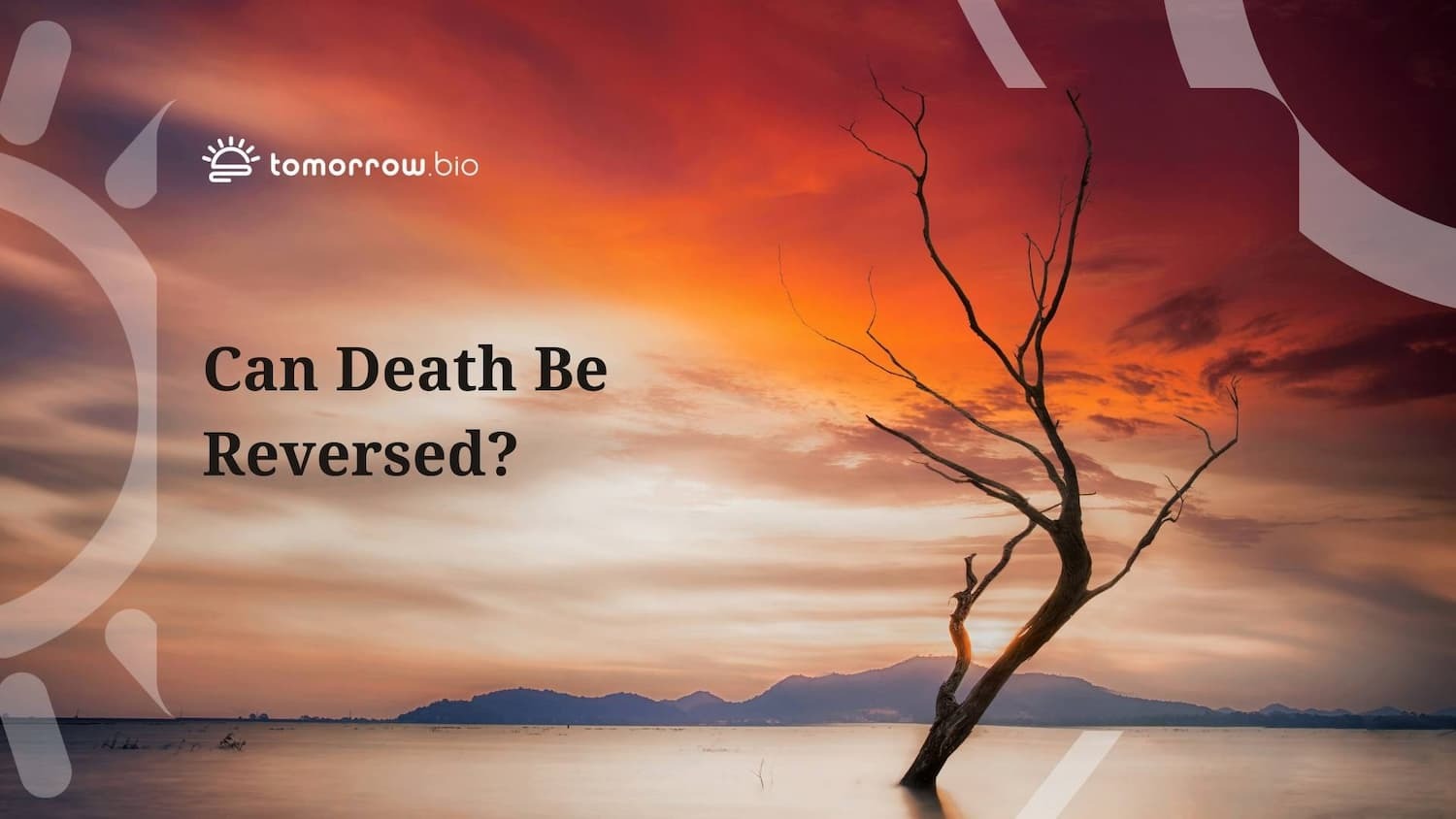 Can Death be Reversed?

Is there a way to pause death and then, at some future time, reverse it? And if there is, when and how can we do it? These questions are particularly relevant to the topic of cryonics aka human cryopreservation. This is the practice of preserving a patient right after their legal death, pausing the degradation process. Once medical technology has developed to a point where it can treat the causes of death, the patient will possibly be revived and live an extended life in the future. But this can only be achieved if we start from the assumption that death is reversible…

What Does It Mean to Be Dead?

To find an answer to our questions we first need to understand what it means to be dead. Traditionally, death was viewed as a single moment. At one point someone is completely alive and at the next, they are completely dead (or at least their physical body is). The soul, on the other hand, is free to roam, possibly arriving at some kind of paradise.... But let us not go too far down this road.

The idea that death was a moment has been widely accepted for centuries. Only recently, we have realized that death is not as absolute as we thought.

As our medical technology has advanced, so too has our definition of death. From the perspective of an individual life span, it’s easy to view death as this one inevitable moment. Something that has remained constant and unavoidable throughout our history. However, when we zoom out and look at the progress of medical practices over long periods of time, we quickly see our assumptions about death challenged.

Think about it. If you were walking down the street in 1950 and your heart stopped beating, you would be considered dead. Just 10 years later, after the development of CPR, this would no longer be the case.

Today, someone’s heart can stop for minutes and still be resuscitated. In fact, we now know that, as you have a cardiac arrest, you enter a clinical death state. Which is only one of the four concepts of death we acknowledge. Only when the person stays in this phase for several minutes, they enter the so-called biological death - which is where brain damage kicks in and current medical technology usually stops. Yet, new experimental treatments have been able to prevent brain damage even after more than 10 minutes of warm cardiac arrest. It is widely expected that molecular repair technologies in the future will be able to extend the frontiers of resuscitation far beyond 10 minutes. Already, today’s definition of death is becoming obsolete.

But back to you walking down the street in the 1950s. While at that time you would have been considered dead, you could have been saved and gone on to live a healthy life with the medical knowledge we have today. So if your heart had stopped in 1950, were you truly dead?

We would argue no. A person who had a cardiac arrest in the past wasn’t really dead. They just weren’t treatable by the medical technology of the specific time in which they “died”.

If this was true in the past, could it also be so in the present? Might it be that, when someone dies today, it means that there is nothing more that current medical science can do to help them? In the same way that someone who was considered fully dead in 1950 could have been saved today, it’s highly likely that someone who is considered fully dead today could be saved by future medical practices.

The Process of Death

As explained earlier, when the heartbeat ceases, the body enters a phase of clinical death. If the pulse is not reactivated after several minutes, so-called biological death begins. And then? At this point, medical personnel usually declare legal death. After which, a relatively long process follows (which leads to info-theoretical death).

Following legal death there are still biological processes happening in the body. As oxygen depletes, cells slowly begin the process of self recycling. Depending on the conditions (and temperature...) of the body, this process can be significantly slowed down and even stopped. The fact is, death is not a moment, it’s a process. This is the fundamental idea behind cryonics. Cryonics can put the body into complete biological pause right after legal death. We may not be able to treat cryopreservation patients today, but if we pause the process of death, then these patients may live to see a world that can save them.

There is no fundamental biological reason why revival after cryopreservation shouldn’t be possible. Death and its causes aren’t an insurmountable inevitability. They are a series of individual problems, more or less complicated, that can be solved.

Members of cryonics associations are well aware that there are many challenges to overcome. Only several years of investment and research will bring the groundbreaking results we are waiting for. However, just because these life-saving technologies aren’t available yet and it’s difficult to imagine them now, doesn’t mean that they won’t ever be available. ‍

So, is death reversible? The honest answer is we don’t know, but we believe it is. In a sense, cryonics is a grand experiment and we won’t find out if it’s successful for another century or so. It’s up to you if it’s worth trying.

If after this article you think you want to know more about cryonics, take a look at our online editorial Tomorrow Insight. For more information about Tomorrow Bio and our services, download the ebook below!