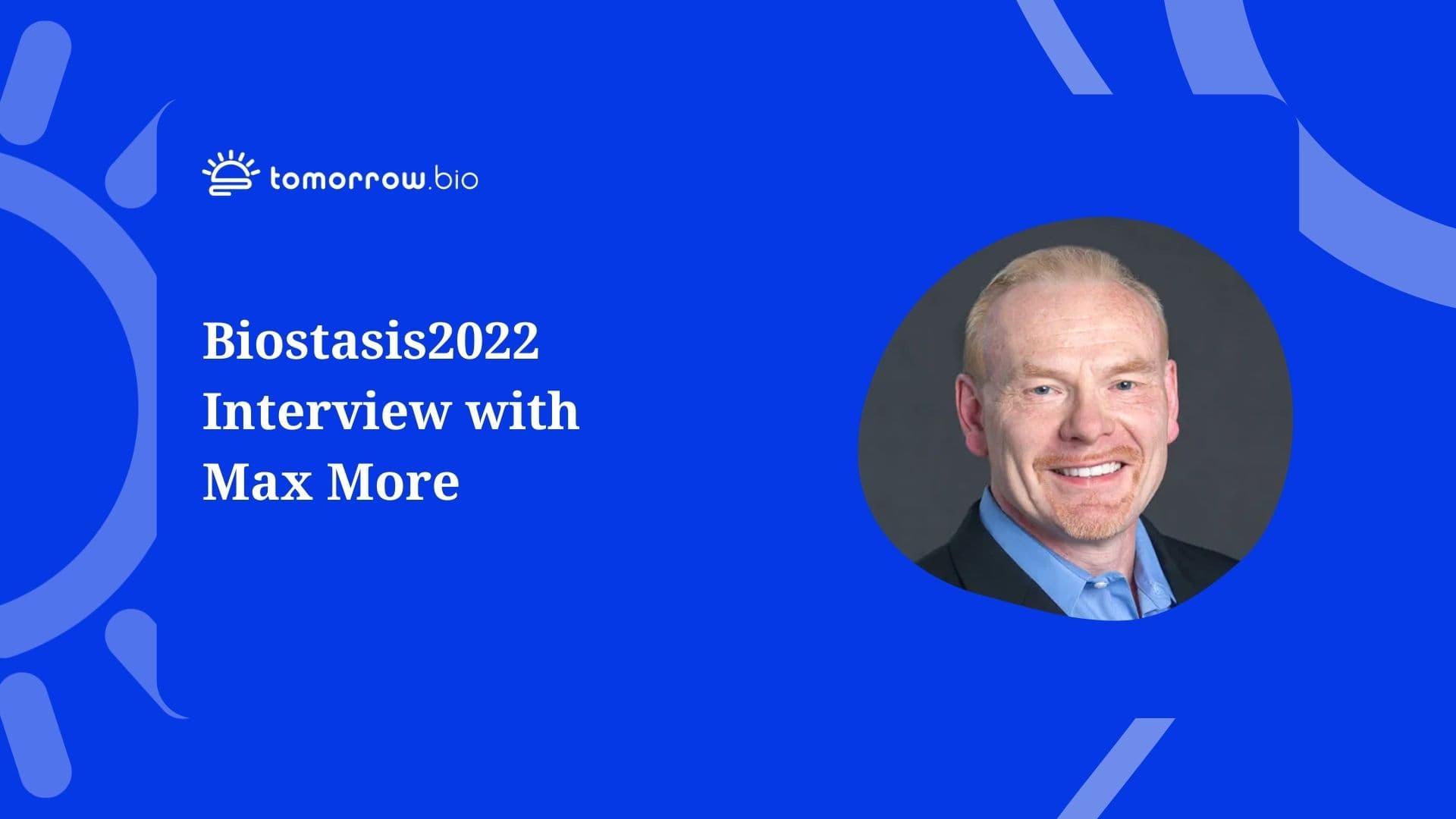 Get To Know Max More

Originally from the United Kingdom, Max More was first introduced to cryonics in the 1970s by Timeslip, a British children’s television program. Inspired by this concept, he continued to indulge his interest, reading Robert A. Heinlein’s 1957 novel, The Door Into Summer and Robert Anton Wilson’s Cosmic Trigger. This had a profound impact on Max in his formative years. By the time he was in late teens, he was committed to forwarding cryopreservation and cryonics research.

At the age of 22, he joined Alcor Life Extension Foundation while continuing his studies. In 1987, Max received his degrees in Philosophy, Politics, and Economics from Oxford University. During this time, he, along with cryonicists Garrett Smyth and Michael Price, began publishing the magazine Biostasis.

While studying in graduate school at the University of Southern California, he and Tom W. Bell began publishing Extropy: The Journal of Transhumanist Thought. The journal was centered on a wide range of subjects: artificial intelligence, nanotechnology, genetic engineering, life extension, mind uploading, idea futures, robotics, space exploration, memetics, and the politics and economics of transhumanism. Eventually, he earned a PhD in 1995 focusing his thesis on the nature of death, and what it is about each individual that continues despite great change over time.

His continued interest and work in the field of cryonics eventually led to the foundation of the Extropy Institute in 1991 to 2006. From 2010 to 2020, he became the CEO and President of Alcor. His aim was to improve the quality of cryonics protocol and practice, and grow Alcor. Currently, he is serving as the Ambassador and President Emeritus. He has written extensively on the relationships between technological advances, economics, and social change.

Max was one of the most highly anticipated speakers at last year's Biostasis2021 conference. He has participated in numerous interviews and talks on cryonics and related topics.

At Biostasis2021, he spoke about Alcor’s recent research and procedures. He detailed recent, current, and planned, improvements in cryopreservation procedures and institutions, addressing topics such as communication and funding strategies.

He also covered several topics: Alcor’s first cases of clients, response and field cryoprotection kits in Canada and the UK, improved legal protections, technical improvements in the Patient Care Bay and operating room, and planned changes in the member application and servicing processes.

Finally, he highlighted the importance of case reports for any Biostasis company that wants to have better techniques and results. He concluded by noting the 2022 conference to celebrate Alcor’s 50th year.

Max will be at Biostasis2022 as one of the conference’s keynote speakers.

Today, we are happy to hear from Max in this exclusive interview with Tomorrow Bio.

1. What aspect of Biostasis made you say “I want to work in this field?”

It was a natural continuation of my interest in life extension. I have been interested in learning about and promoting progress in life extension since I was in my mid-teens. When I heard about cryonics/biostasis it immediately seemed like a sensible idea. At the early age of 17, I learned that cryonics was a real practice, not just an idea from science fiction. At the age of 22 (in 1986) I signed up for cryopreservation with Alcor. I was not expecting to need it anytime soon but I was making a statement by doing something practical. I wrote about cryonics and did volunteer work ever so often over the years. When I took the job of CEO & President at Alcor in 2011, my motivation was largely a desire to ensure that it worked as well as possible because I had become increasingly doubtful that effective life extension would be available in my lifetime. I am not a scientific researcher but this was a way that I could make a practical difference.

2. In all your years of researching Cryonics, what is the achievement you're most proud of?

I'm not sure if you mean the achievement by others that I've come across in my research or whether you mean something I've done that I'm proud of. If you mean other people, I would point to the creation of Alcor's core capabilities back in the 1980s as well as the introduction of vitrification early in the first decade of this century. If you mean me, it's hard to pick out one thing because I've been able to make a modest difference in quite a few ways. I suppose I would have to pick effective communication of the cryonics (and life extension) idea. I've given hundreds of talks and interviews and figured out how to talk to people effectively once I know a little about them. Communicating well about cryonics remains crucial since we are still so few in number and the idea is complex.

3. If you could get the perfect solution to one of the current challenges connected to cryopreservation at the press of a button - which would you choose and why?

This is a tough one. There are two solutions that would be incredible and powerful in this area. The first would be a solution to rewarming large volumes of biological tissue without ice formation or other damage. That would not be enough to revive today's patients but would allow us to demonstrate the reversibility of the process in a way that's dramatic and would surely vastly increase the number of people supporting cryonics. The other solution would be a way to respond immediately when a person has become clinically dead, eliminating delays. That would require effective monitoring of vital signs, response capabilities very nearby (a cryonics unit in every hospital!), and legal and cultural support to cut through all delays. This seems extremely important to me because, no matter how good the cryopreservation process, if there's a major delay in starting it, the outcome will be far from optimal.

4. What is the most interesting project you are working on right now?

A few months ago, I would have said the Alcor-50 conference, an event that marked Alcor's 50th year in operation. Currently, I'm in charge of creating material for the Independent Cryonics Educator program and coordinating the efforts of participating Educators. The content creation aspect means taking a lot of information about an aspect of cryonics and boiling it down to the crucial points and then communicating it as clearly as possible. The "explainers" or lessons are currently in written form but we hope to turn them into a series of educational videos.

5. What are you looking forward to the most regarding the Biostasis2022 conference?

Meeting new people and talking with friends and acquaintances. I'm delighted to be able to participate in person since the social and communication aspects of the conference are the most valuable to me. Until we have much richer virtual reality, there is nothing like having substantial time talking with people in person to learn about what they are doing and what they know as well as to discuss cooperative projects.

6. What makes you feel confident in Tomorrow Bio's work?

I've been impressed by the rapid progress made. The team seems to be very effective and Emil is an excellent leader. His ability to raise significant funding, to set up the organization, and to get a facility built so quickly are remarkable.

Tomorrow Bio has made significant progress thanks to the efforts of our founders and team. We hope to continue to push forward in the future to provide this life-saving service for all.

Thank you, Max More for this interview. We are looking forward to seeing him at Biostasis2022 this year and are excited to learn more about Alcor’s current progress.