Get to know Dr. Roman Bauer, one of the developers of the innovative BioDynaMo platform 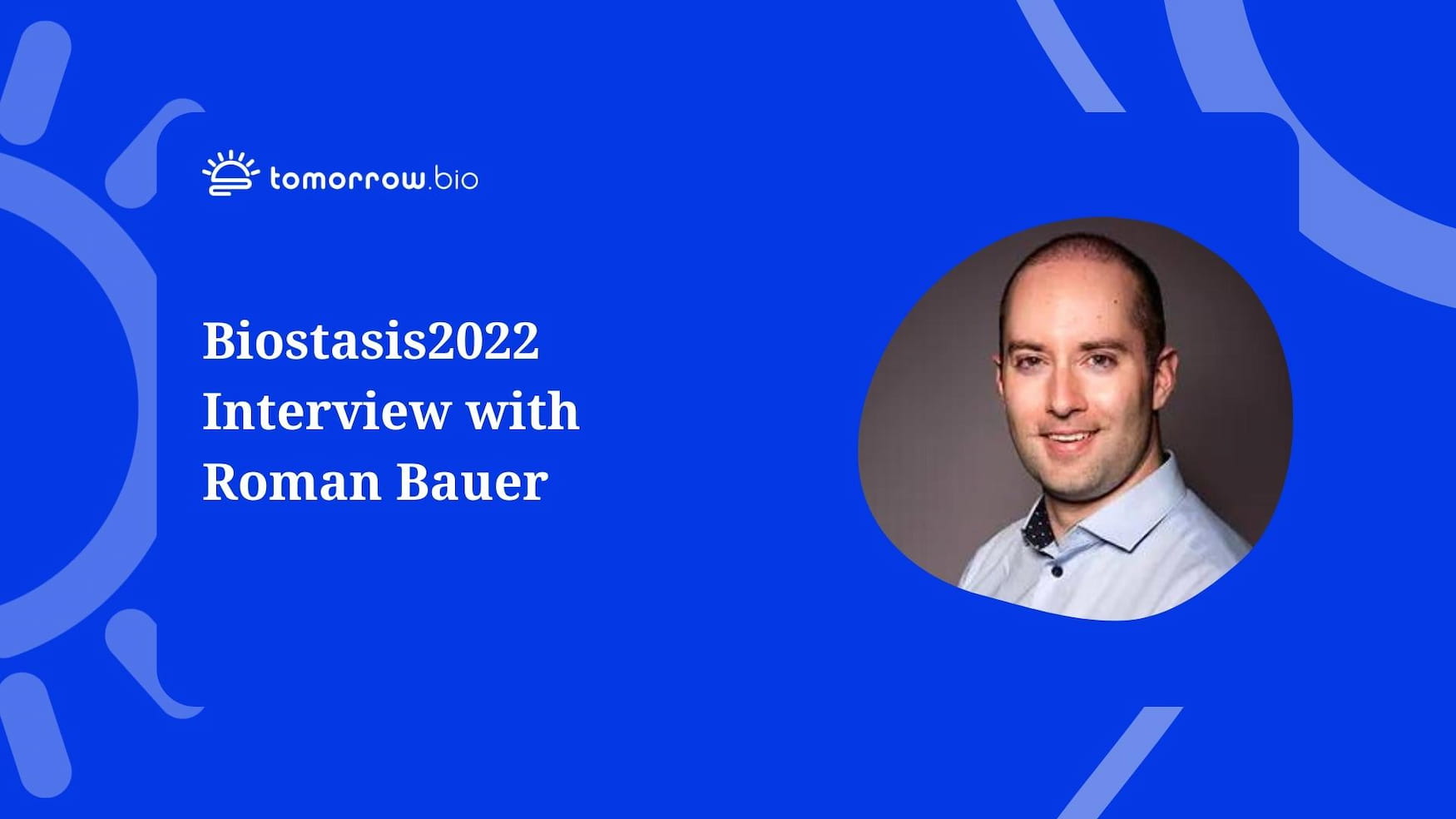 From October 21 - 23, 2022, world renowned speakers, scientists, researchers, writers, and cryonicists will gather together in Rafz, Switzerland for the Biostasis2022 conference. One of our highly anticipated speakers will be Dr. Roman Bauer. Roman Bauer, Ph.D., is a computational biologist and lecturer at the Department of Computer Science, University of Surrey in the United Kingdom. He’s best known for his role in the development of BioDynaMo—a computational software that allows for the modeling and analysis of biological tissue dynamics. This led Dr. Bauer into the field of computational cryopreservation, which deals with analyzing biostasis protocols in an effort to generate optimal cryopreservation processes for cells, tissues, and organs.

Getting to Know Roman Bauer

Dr. Roman Bauer has a robust background in computer science and neuroinformatics. He received his Bachelor’s and Master’s Degree in Computational Science and Engineering from ETH Zurich, Switzerland. He then did his doctoral studies at the Institute of Neuroinformatics (INI) at ETH Zurich and University of Zurich. During this time, he primarily focused on simulations of cortical development. He continued his education by becoming a postdoctoral research associate at Newcastle University, then conducted his MRC and EPSRC fellowship project as an independent principal investigator. Dr. Bauer holds a Ph.D. in Computational Neuroscience. He’s a lecturer and leads an interdisciplinary research team in Computational Biology at the University of Surrey in the UK.

Computational biology covers a range of roles and is considered an interdisciplinary science. It involves data analysis, development, statistical analysis, bioinformation, and more. Although it seems overwhelming, Dr. Bauer’s passion and robust background are what led him to dedicate his career to the advancement of computational modeling in experimental biology.

During his time as a research associate at Newcastle University, Dr. Bauer pitched an idea for an open-source biology dynamics modeler to the European Organization for Nuclear Research (CERN). They accepted and BioDynaMo was launched in 2018. A free accessible software, the BioDynaMo platform allows computer science experts and non-experts alike to create, run, and visualize 3D agent based biological simulations from a simple laptop [1]. BioDynaMo can stimulate millions of neurons through the use of a laptop. This helps both research applications and reproducibility within the scientific community.

Dr. Bauer became interested in cryonics after the death of a close friend of his. His friend’s mortality, despite his healthy lifestyle, made him look at life a little differently. He began to think about how nice it’d be to pause the dying process, thus reducing the associated physical and mental pain of loved ones. His interest in the underlying science of cryopreservation followed from there. Initially, it was pure curiosity, but he eventually realized that his computational methods of biomedical applications could also be applied to cryopreservation.

BioDynaMo and Dr. Roman Bauer’s ongoing research has the potential to transform the way cryoprotection is done. This, in turn, could result in better outcomes for future revival, more credibility within the field, and a growing cryonics community. You can read his comprehensive Scholar Profile in Alcor’s online publication of Cryonics.

Dr. Roman Bauer was a guest speaker at the Biostasis2021 conference and the original Biostasis2020 conference. He will be returning to speak at the Biostasis2022 conference in Rafz. During his 2021 talk, Dr. Bauer spoke about the future of cryopreservation using computational approaches and automatization. He explained how mathematical and computational tools have the potential to optimize cryopreservation protocols and other biomedical applications, especially in regard to neural tissue. Dr. Bauer also gave us some more information on his software platform BioDynaMo. You can listen to his complete talk below.

What aspect of Biostasis made you say “I want to work in this field?”

I believe that long-term preservation of organs and entire bodies is a real possibility within our lifetimes. If realised, it would be the most significant biomedical advance, and have implications on so many different levels. This prospect has been a major reason for my passion for biostasis.

In all your years of researching Cryonics, what is the achievement you're most proud of?

Together with my Ph.D. student Jack Jennings and my Postdoc Dr. Sanja Bojic we invented a new method to improve cryopreservation by employing computational modelling. We confirmed our predictions experimentally, closing the loop between theory and practice.

If you could get the perfect solution to one of the current challenges connected to cryopreservation at the press of a button - which would you choose and why?

I would love to know how mammalian neural microcircuitry can be protected from ice crystals and toxicity.

What is the most interesting project you are working on right now?

We are currently in the final stages of implementing new computer software to simulate the cryopreservation and thawing of cells and tissues in a highly detailed way (using so-called agent-based modelling). It allows to formulate, compare and test hypotheses and so constitutes a powerful tool for cryopreservation research.

What are you looking forward to the most regarding the Biostasis2022 conference?

Meeting like-minded people and getting to know new ones. And it is a great opportunity to help grow the community.

What makes you feel confident in Tomorrow Bio's work?

Tomorrow Bio demonstrates professionalism and focus. The founders have a scientific mindset and can boast several impressive achievements.

Dr. Roman Bauer is a visionary member of the biostasis industry. Thanks to his role in developing BioDynaMo, scientists and researchers are able to utilize computational biology for cryonics. Ultimately, this has the potential to revolutionize cryonics research and test for best practices in cryopreservation. If you’d like to hear this year’s updates from Dr. Bauer at Biostasis2022, get your ticket today. You can find more details about the event and how to secure your spot at the website here. We’re looking forward to seeing you there! Until then, feel free to start networking early by logging on to our Discord channel.

Thank you! Relevant content is on its way to you!
Oops! Something went wrong while submitting the form.
Tomorrow Bio is the worlds fastest growing human cryopreservation provider. Our all inclusive cryopreservation plans start at just 45€ per month. Learn more here.
TAG:
Biostasis 2022
Top Stories
Top Videos