Could you tell them apart without using Google? 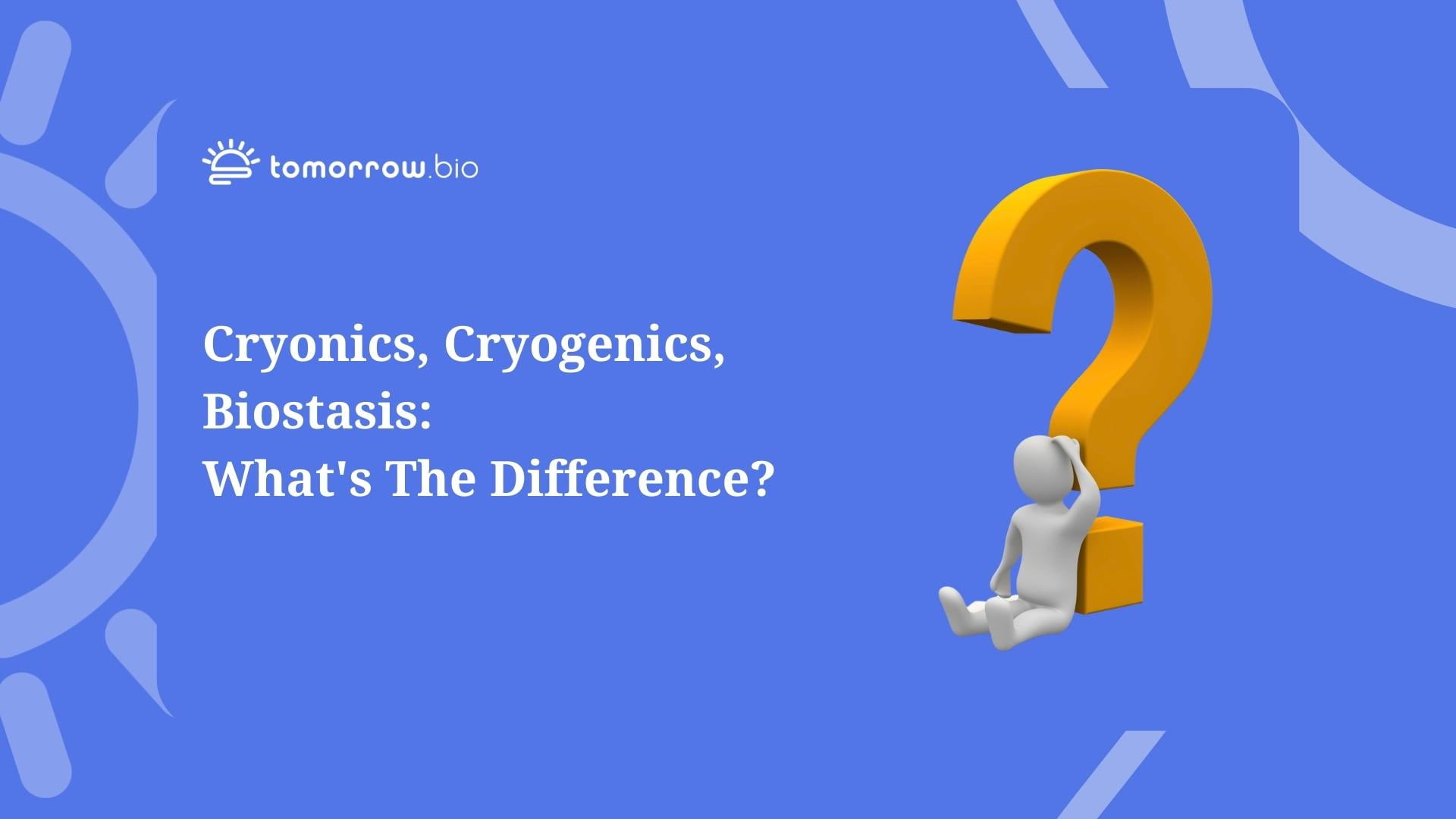 Without googling them, can you tell the difference between cryonics, cryogenics and biostasis? No?

That’s ok. It can take some time to fully grasp the meaning of these three terms. The challenge lies in the fact that these words are interconnected to  each other, but have different meanings.

Hopefully, this article will help you the next time someone starts talking about cryogenics at a dinner party. Chances are, they’ll be using the word incorrectly.

Cryonics, aka human cryopreservation, is the practice of preserving human bodies at sub-freezing temperatures (-196°C) after their legal death. The intent is to restore good health when medical technology has the capability.

The idea has been a potentially life-saving technology since 1962 when it was first conceptualized by US academic Robert Ettinger in his book The Prospects of Immortality. However, the first person to benefit from cryonics was James Bedford in 1966, who is currently in cryostasis at Alcor.

Let's take a look at the statistics of cryonics organizations globally. More than 500 people have been already cryopreserved, with more than 4000 signed up for future treatment. A good portion of these people are signed up with the two main companies in the US: Alcor and Cryonics Institute (C.I.).

Since 2019, when Tomorrow Bio opened its doors, European citizens have also had the opportunity to sign up for a cryopreservation plan with a local cryonics organization. The fact that our standby teams are focused on the European continent allows us to reach members much faster than if we were on the other side of the ocean. Finally, there are organizations operating in the East, with a facility in Australia and one in China.

Cryogenics is the production and behavior of material at extremely low temperatures. The cryogenic temperature range is from −150 °C (−238 °F) to absolute zero (−273 °C or −460 °F), the temperature at which molecular motion comes as close as theoretically possible to ceasing completely.

It has a wide range of uses in our society already, both medical and non-medical. For example, MRI machines that use liquid helium require cryogenic cooling; the storage of large quantities of food; special effects fog, and even recycling.

However, cryogenics is often confused with cryonics in popular culture - where it is referred to as “cryogenic freezing”. This is probably where you first came across the idea of human cryopreservation, but thought it was known by a different name.

In some instances, the depictions are completely wrong, with ice playing an important role in the preservation methods. But you know that ice is avoided in cryopreservation through a process called vitrification, right?  If you don’t, have a look at our article on the topic.

However, cryonics wouldn’t be possible without understanding how things exist at cryogenic temperatures.

Biostasis is the ability of an organism to tolerate environmental changes without having to actively react to them. It is typically a normal occurrence in certain organisms that have to endure difficult living conditions. This can include surviving droughts, freezing temperatures, or a change in pH levels, pressure, or temperature.

To sum it up: cryonics wouldn’t be possible unless there was a way to put people into biostasis at cryogenic temperatures.

Given the interconnection between these terms, no wonder that people confuse them! However, you should now be prepared to tell the difference and demonstrate your knowledge of the subject the next time someone talks (erroneously) about freezing people!

To learn even more about human cryopreservation, follow us on our online editorial Tomorrow Insight or join the cryonics community on our Discord server.