Which Animals Can Enter Biostasis and How Do They Do It?

Biostasis can be found in nature if you know where to look. Let's explore the animal kingdom and find out which species' can make use of it. 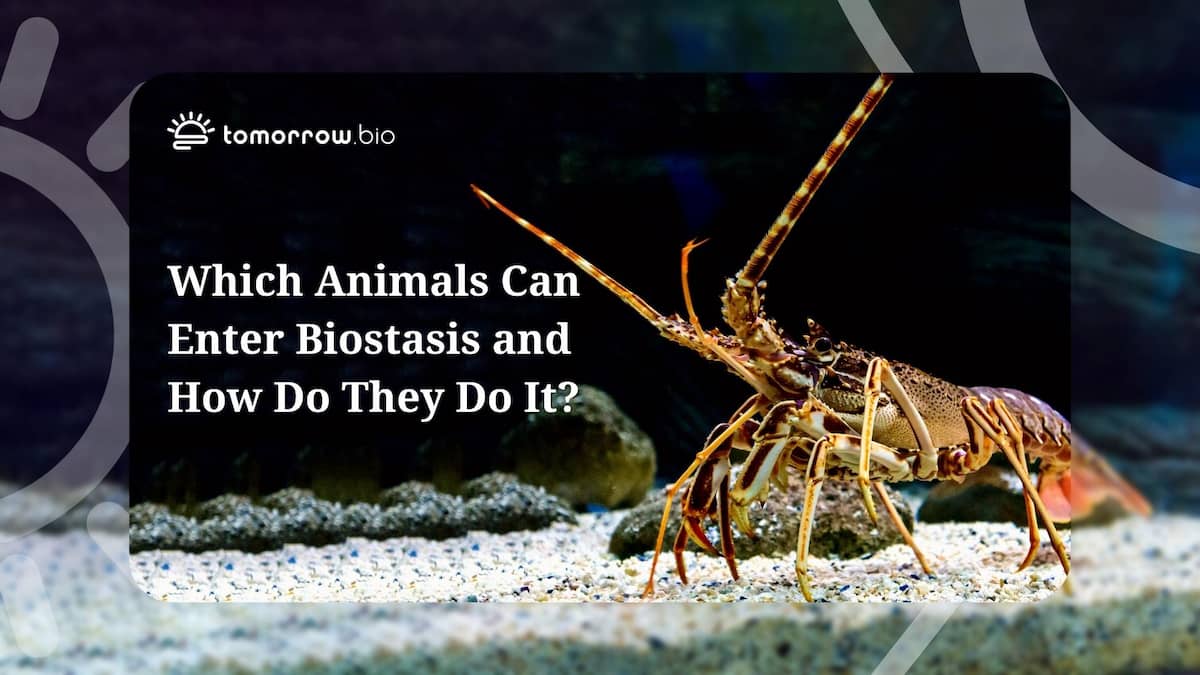 Biostasis, or often called “Cryptobiosis” in the animal world, is a state in which metabolic activities of an organism slow down to an undetectably low level. Some animals are capable of inducing this state on themselves and use it to their advantage when faced with otherwise fatal environmental threats. Depending on the type of threat, these species require different forms of cryptobiosis to shell themselves from danger.

Cryopreservation is trying to learn from this blueprint of nature and use it to cryogenically preserve humans after legal death. By doing this, we shield the bodies from otherwise dooming circumstances for an indefinite amount of time, until revival and treatment of the underlying cause can eventually be possible in the future.

In this article we are going to take a look at some of the fortunate critters capable of Biostasis naturally.

Types of Biostasis and Which Animals Use Them

Cryptobiosis aka. Biostasis is a metabolic state entered by an organism in response to otherwise lethal environmental conditions. Animals who are capable of entering cryptobiosis stop all metabolic processes in their body until the deadly circumstances around them (e.g. extreme weather conditions) become livable again. Biostasis in the animal world comes in different types, depending on the threat. Let’s take a look at some of them, and discover which one cryonics can learn from the most.

The most studied form of Biostasis in nature is the so-called anhydrobiosis. As the name would suggest, “anhydro” meaning “without water”, it protects its host from extreme dryness. It can be observed in invertebrate animals (animals without a backbone) such as a multitude of aquatic micro-animals like bdelloid rotifers, tardigrades, or brine shrimp, but also one type of insect, a species of chironomid.

Research has shown that most species form a type of sugar called “trehalose” when entering anhydrobiosis. It is assumed that this sugar plays an important role in shielding the organism from drying. However some animals do not produce any sugar, still reaching the same results. Such is the case with bdelloid rotifers, who are thought to use intrinsically disordered proteins to protect themselves.

Lessons learned from natural anhydrobiosis have been utilised in the form of so-called “dry vaccines”. While still in development and not commercially used as of this point in time, they propose many benefits upon realization. Because of their dryness protection, they do not need to be kept cold like regular vaccines. Additionally, they could eliminate the need for boosters, thanks to their slow release after being applied.

Anhydrobiosis has also been proposed as an alternative to cryopreservation, having seen similar results of protecting tissue on a small scale in early studies [1]. Even so, human body preservation is not predicted to be possible via anhydrobiosis anytime soon.

Anoxybiosis offers its hosts protection from suffocating aka lack of oxygen.

It is found with ectothermic vertebrates and some invertebrates, such as (once again) brine shrimps, copepods, nematodes, and sponge gemmules. When entering this form of Biostasis these animals can survive in anoxic conditions for months or even decades, if necessary.

However, research of the process has proven difficult, which leads experts to believe that it is not a feasible option for any kind of preservation useful to humans.

Out of our next variants, Chemobiosis protects tardigrade species from toxins. While very useful in theory, very little information has been gathered on it making it not much more than a footnote in current Biostasis research.

The same fate befalls “osmobiosis”, a form of biostasis that happens as an organisms’ reaction to increased levels of solute concentrations. This has only been observed in creatures living in such solutions, making it very unlikely to be useful for human needs.

Last, but most definitely not least, we got cryobiosis - protection from cold temperatures. It shouldn’t come as a surprise that this is most similar and therefore most interesting to cryonics.

Cryobiosis can be observed in the siberian salamander, a very large animal when compared to those using other forms of biostasis - a positive sign for human applications. It promotes the freezing of water while simultaneously preventing ice-crystal formation, shielding the hosts’ cells from damage. The animal can keep this stasis up for however long it takes until it finds itself in more favorable conditions once again.

Some of the aspects found in cryobiosis are imitated by cryonics through various means. Those include the deployment of cryoprotective agents to prevent ice-crystal formation and using extremely cold temperatures to the point of vitrification to stop metabolism.

Some animals, especially mammals, make use of similar  types of environmental protection. While seemingly identical at first sight, they are not to be thrown in the same category with biostasis.

The main difference between these and biostasis is the potency of their effect. Torpor, Hibernation and Diapause only considerably slow down metabolic processes. Biostasis on the other hand (almost) completely halts them. Cryogenic sleep, proposed for space missions for example, is a concept based on mammal’s torpor state. That means, it would force astronauts to enter and exit the state multiple times during prolonged missions, as it can not fully preserve their bodily functions for longer than a few weeks.

Cryopreservation on the other hand, is a science based on actual biostasis, instead of “cold sleep”. Utlising research of biostasis found in nature, first and foremost cryobiosis, we are capable of preserving human bodies inside cryogenic storage dewars for an indefinite amount of time.

Cryoprotection and preservation procedures have continuously evolved over time, and will continue to evolve in the future, as scientists conduct more research. To perfect our techniques we have to overcome a multitude of scale-related challenges. Afterall, there exists a big difference in human scale and body composition in comparison to animals that use biostasis. Most forms of it are only found in microscopic creatures, while some bigger mammals are only capable of “deep sleep” states instead.

Nevertheless, humans have been successfully cryopreserved for more than half a century by now, and research has shown that stopping the human metabolism this way works. By further fine-tuning our methods, and researching revival-technology we hope to one day see our efforts bear fruit.

Studying natural biostasis processes and the animals that use them can help us better understand how to make Biostasis work efficiently for humans. There are multiple possible usages, from cryosleep in space travel to biostasis in cryopreservation. We might not possess the same biological capabilities as lobsters, who can enter biostasis whenever they need it, but that’s okay. We are capable of using the knowledge gained by observing these animals to make their techniques our own.

Are you interested in finding out more about human cryopreservation and biostasis as a whole? Feel free to schedule a call with us, and ask any questions you might have! We are happy to talk to you!