Discover the exciting results of a new study about human organ preservation. 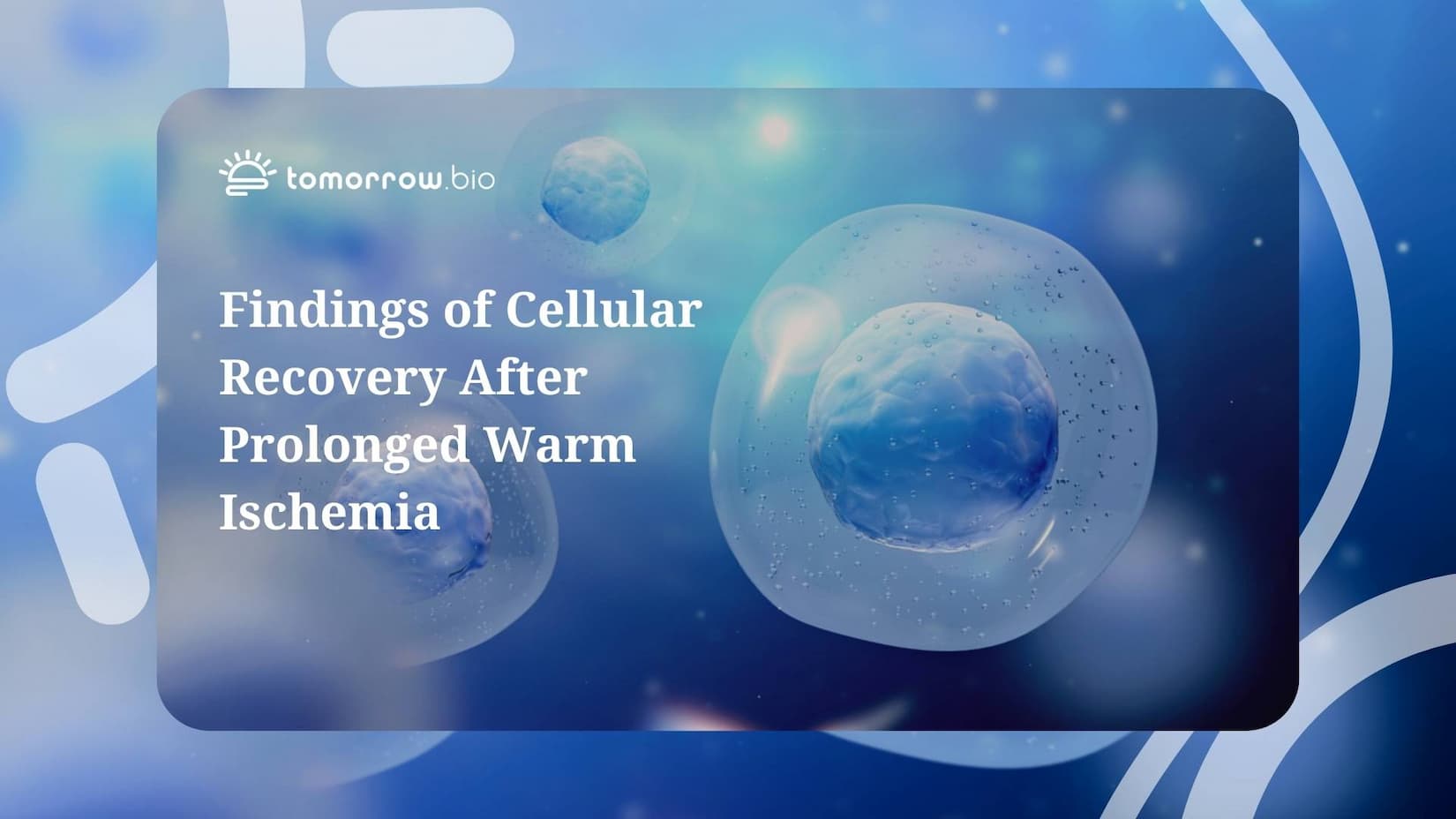 It is no secret that the heart is the most important muscle in our body. While the brain controls all kinds of functions, the heart only has a single job: blood circulation. It does this job 24/7 throughout your whole life to ensure every organ inside your body gets a sufficient amount of blood to fulfill its own function. If that blood flow was cut off, organs would quickly lose the ability to do what they are supposed to do, and die. This is a big issue for organ transplantation as the blood flow gets cut off for some time before the organ can be removed from the donor and brought to the receiver to carry out the transplant. This absence of blood flow is called “ischemia” or “warm ischemia” if the organ isn’t cooled.

Commonly, current medical knowledge says that prolonged warm ischemia leads to irreversible damage to the body and brain. However, new studies show that our understanding of this process might need to be updated. That’s because “cell death” due to warm ischemia, previously thought to be irreversible, was proven to be recoverable.

Multiple studies on warm ischemia have been conducted over the past few years.

It’s a topic garnering increasingly more attention due to its effects on organ preservation and transplantation. Other than cold ischemia, which results from cooling of the organ in order to increase its lifespan after removal from the donor, warm ischemia sets in the moment the blood flow stops. This makes it a ticking time bomb for any organ.

When it comes to various anatomic and physiological traits, pigs possess a lot of similarities to humans. Organ placement (and often size and function), skin, and even some disease progression, show considerable overlap between the two. This is why pigs are often chosen for medical trials deemed too dangerous for human life. Trials for warm ischemia prevention have been conducted on them with surprising results.

Effects on the Brain

In 2019, a group of scientists from the Yale School of Medicine developed a breakthrough technique called “BrainEx”. In their studies, they managed to restore a small degree of metabolic and neural activity in pig brains, four to six hours after oxygen supply had been cut off.

However, despite some overblown media coverage, the authors of the science report made sure to clarify that no signs of sentience or consciousness were observed in the animal's brain. Nevertheless, this remains a pioneering success in brain research.

The procedure involved pumping a cytoprotective agent through the blood vessels of the animal's brain. The liquid the scientists used contained a synthetic form of hemoglobin (a protein in charge of transporting oxygen in red blood cells), as well as a cocktail of protective molecules to prevent blood clots.

Effects on the Whole Body

In 2022, another study was conducted by the same team of scientists, this time focusing on protecting the whole body from warm ischemia. They optimized the procedure by adapting it to whole-body perfusion, the same general technique also used for cryopreservation. In fact, this perfusion system consisted of a device that shares similarities with heart-lung machines used in surgery, and custom solutions promoting cellular health and reducing inflammation were used. Strikingly similar to how cryoprotection for cryopreservation is administered.

One hour after cardiac arrest was induced in the pigs, the cytoprotectant agent was perfused using a computer-controlled system. OrganEx, as this system was aptly named, was found to be capable of transporting “adequate levels of oxygen” to the animals’ bodies. This restored some key cellular functions of organs previously thought “beyond repair” after significant exposure to warm ischemia. The researchers were able to prove that the heart, liver, and kidneys all regained certain functionalities after treatment with OrganEx technology.

Zvonimir Vrselja, who was part of the team conducting the research, stated:

“Normally when the heart stops beating, organs begin to swell, collapsing blood vessels and blocking circulation. Yet circulation was restored and organs in the deceased pigs that received OrganEx treatment appeared functional at the level of cells and tissue.” [1]

“Under the microscope, it was difficult to tell the difference between a healthy organ and one which had been treated with OrganEx technology after death.”

While most of the results turned out “as hoped”, there was one aspect that came as a surprise to the Yale team. Involuntary movements in the head and neck areas of the deceased pigs were recorded after being hooked up to the OrganEx machines. Nenad Sestan, one of the authors of the study, states in a news release:

“This indicates that some motor functions were preserved. It reveals an underappreciated potential for cellular recovery after prolonged whole-body warm ischemia in a large mammal.”

The Definition of Death Is Changing

Scientific studies like these confirm that what we now consider “irreversible” may very well be salvageable one day. Death is not an absolute, it’s a process. This is a positive sign for the potential of future revival after cryopreservation.

The definition of death has changed many times before. A century ago, if your heart stopped beating, you’d be declared dead on the spot. Now, we know that through the means of CPR it is possible to start the heart up again and bring people back from the brink of death. This “brink” is constantly shifting backwards as medical knowledge increases. Where scientists previously saw a cliff, they are now constructing bridges.

Cryopreservation is an attempt at building one such bridge into the future, allowing people to choose how long they want to live.

The new findings of this Yale study have big potential implications for cryopreservation. For one, warm ischemia has been a prominent source of doubt coming from cryonics-skeptics, seeing as prolonged warm ischemia can occur if cryoprotection isn’t started immediately. With this causing heavy damage to human tissue and organs, many scientists would declare any cryoprotective efforts thereafter futile. This new study shows that this isn’t necessarily the case if these experiments on pigs are any indication. They have proven that even after prolonged warm ischemia, organ functions can possibly be reactivated through the right means. This brings hope that future studies will nudge us even closer to figuring out possible approaches towards future revival.

Interested in finding out more about cryopreservation? Read our other articles, or schedule a call with us! We are happy to answer any questions you may have!