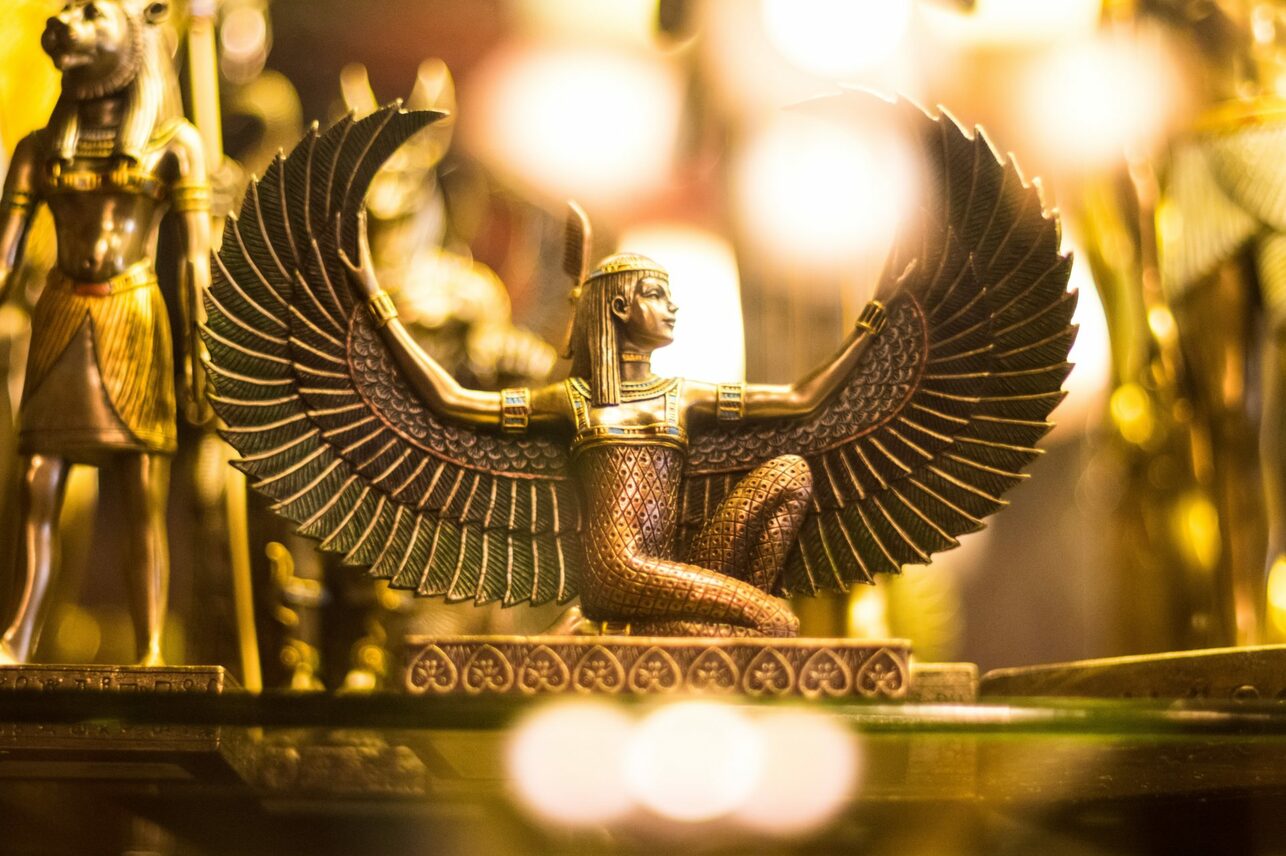 Mummification and cryopreservation are very different ways to preserve the body!

Once the heart stops beating and pumping blood back and forth to the cell, they begin a cellular breakdown process. If uninterrupted, this process would consume the cells to the point where only bones would remain. There are two main technologies that can interrupt this degradation process: mummification and cryopreservation. While they have a very different ultimate goal, the core idea is the same: long-term preservation.

The procedure performed in ancient Egypt took seventy days and was carried out by priests specialised in embalming and with a true knowledge of human anatomy. The first part of the process involved the removal of internal organs, which decay quickly. The organs of the abdomen were extracted by making a cut usually on the left side of the body. The heart was left in place, as it was believed to be the seat of personality and intelligence. The organs were placed inside jars that were finally left inside the tomb. The procedure for extracting the brain was extremely delicate. The priests inserted hooks into the nose of the deceased person. With delicate movements, so as not to disfigure the face, the brain was extracted piece by piece.

At this point, the priests had to remove the moisture. To do this, the Egyptians used a natural substance, a salt called natron with high drying capacity. The body of the deceased person was covered in salt and left to 'dry out' for 35 to 40 days. After this time, the procedure was almost complete. The body was wrapped in linen bandages. An adult body required hundreds of metres of bandage. These bandages were intended to keep out moisture and give the body a human form. The bandages were carefully rolled up, forming several layers. Finally, they were coated with a warm resin. Ritual words were written on the linen bandages.

Egyptian mummification was an elaborate and time-consuming process. However, it was considered a necessity. In fact, the ancient Egyptians believed in the afterlife. The soul of the deceased, in order to live an immortal life in the afterlife, had to have its own body properly preserved. Unfortunately, the process was highly expensive and few could actually afford it.

Once the mummy was ready, it was transported to the tomb where the priests performed rituals. One of the most important rituals was the ceremony called 'Opening of the Mouth'. By touching different parts of the mummified body, the priest would reactivate them. By finally touching the mouth, he gave the mummy the possibility to speak and eat in the afterlife. Various goods and food were left in the tomb, so that the deceased could take them with him.

Mummification is no longer a common practice. Its influence can, however, be seen in the modern embalming practice. Embalming is common in the USA and Canada, while in Europe it is rarely practiced. Degradation of the body is slowed down through the use of chemicals. The blood inside the body is drained and replaced by a substance usually based on formalin. This, together with cosmetic work, gives the body a temporary life-like appearance.

Unlike mummification, embalming has no connection with the afterlife. It is commonly used to delay the funeral, for example when the person dies far away from the family and the body has to be transported. Additionally, this technique is used to prolong the time available for mourning of a loved one.

There are two famous embalming cases in history. The body of the former Soviet Union Premier, Vladimir Lenin, was embalmed. The body has been on public display since 1924 in Lenin’s Mausoleum, situated in the centre of Moscow's Red Square. His body must be periodically perfused with preservative, as embalming is a temporary technique. Evan Perón, the beloved former First Lady of Argentina, was also embalmed after she died in 1952. The embalmed body was stolen and found several times, until it was buried 24 years after her death.

Cryonics aka biostasis, similarly, involves a technology to preserve bodies in the hopes of future reanimation. It has been developed over the past 50 years. The procedure is very different from mummification or embalming because it has to be performed as fast as possible after legal death. It also requires very low temperatures that must be maintained through the use of liquid nitrogen. Let's take a closer look at how and why it is possible to be cryopreserved.

To minimise degradation of the body, the cryopreservation process should begin as soon as possible after the patient's legal death. The body is cooled, to slow down all biological processes. The blood is then perfused with cryoprotectants. The purpose of these substances is to reduce the damage caused by the formation of ice crystals in the blood. In fact, as the blood cools, the water in the blood turns into sharp crystals. Cryoprotectants reduce the concentration of water in the blood and the freezing temperature, reducing the damages. This process is called vitrification.

The patient’s body is subsequently transported to the long term storage facility and cooled down until it reaches a temperature of -196°C. This usually takes a few days. Once the body reaches the desired temperature, it is transferred to a cryogenic storage dewar filled with liquid nitrogen. In this state, the body can be preserved indefinitely.

If you want to read about the procedure in more detail, check it out here.

Mummification preserves the body for the afterlife. Cryopreservation does it for an extended life in the future. Its ultimate goal is in fact revival.

Is revival possible? Not yet. In the future, when medical technology could cure the causes of death, cryopreserved patients will possibly be treated and revived. We don’t know yet when this will be possible, because the technology to achieve revival still doesn’t exist. Yet, we have an unlimited amount of time on our side.

While mummification and cryopreservation may have some aspects in common, they are also very different. The first is a burial technique connected to a religious belief. Cryopreservation instead is a potential future life-saving technology. If revival works, we will be able to treat diseases in the future, allowing our patients to live several years longer. At Tomorrow Biostasis, we are doing our best to increase the chances of success! By spreading awareness and growing our community, we are actively supporting the development of this technology.

If you are ready to join our community and support the development of this technology with incredible potential, sign up here! If instead you still have some questions, feel free to schedule a call with us.