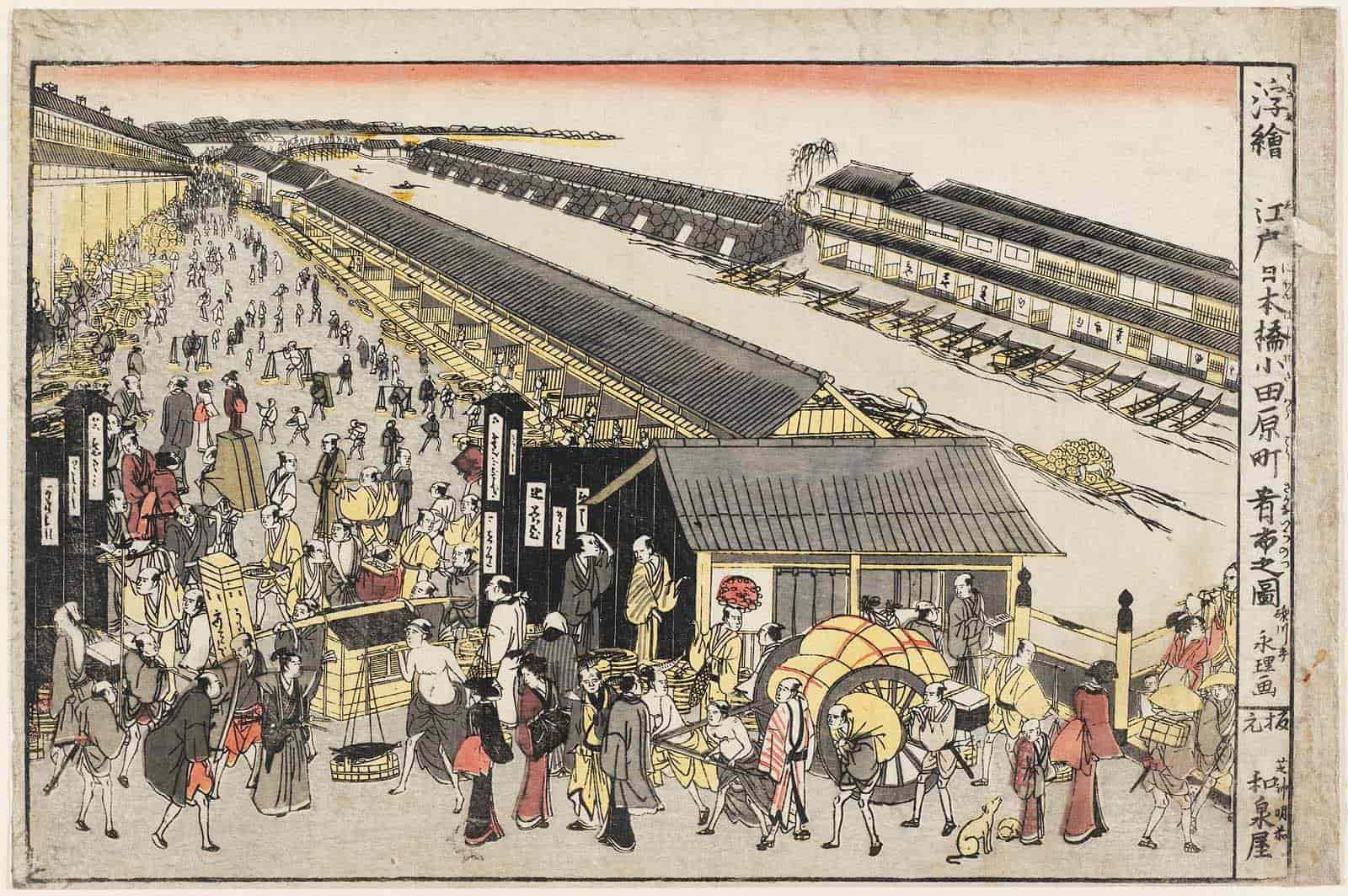 What Makes An Organization Last Hundreds Of years?

Our co-founder Fernando Azevedo Pinheiro writes about long-lasting organizations and the reasons for their longevous success.

I've always been interested in businesses in a general sense, but more recently, due Tomorrow.Bio long term view, I've been more interested in companies that operated uninterruptedly for a very long time.  In a world where startups' death rate is above 80%, it amazes me how some organizations managed to survive for hundreds of years (some even for more than a millennium!)

Normally, startups have a clear life cycle. Either they die fast, get acquired by another company, or grow big enough for an IPO. This life cycle is designed to be fairly short, go big, or go home… fast.

In our case, our mission comes with a series of challenges that there is no clear startup manual for. We are not intending to sell the company and we need to make sure the company never loses its long-term mission. But ultimately, we want the company to last for a very, very long period of time. The obvious first step is to reach breakeven and make the company self-sufficient. That's the A-B-C for any company, this is not what makes companies last for so long.

So What Makes Companies Endure for So Long?

There are several reasons. I ended up crossing with a particular book that managed to find patterns that are worth sharing. The book Shin Nihon Eitaigura (In English: Timeless Ventures) by Professor Haruo Funabashi, explores 32 companies in Japan that survived for centuries and what they have in common. He discovered 8 corporate principles that, in summary, equated the longevity and sustainability of businesses with a certain group of organizational objectives. In century-old companies in Japan, these objectives were aiming to sustain the organization long-term and the benefits it brings to society.

I absolutely agree with these principles, without all the "we are changing the world" BS we see in the startup world. We are talking about companies that survived multiple wars, saw dynasties rise and fall, society transformations, and everything else that comes with the passage of time.

Sustaining Organizations and their Longevity

Japan is a very old country. It is the nation with the oldest territorial integrity in the world. The insular geography protected it from mainland invasions for generations, which allowed the country to grow its population and prosper. These are elements that also influenced the longevity of a series of organizations in Japan. Other countries share the same type of geographical protection, so why does Japan have the biggest concentration of the oldest companies in the world? Geography is not a good enough answer.

Darwin surmised that the organisms who survive are not the strongest or most intelligent, but the most adaptable to change. It seems that the same principle applies to companies. It is not the biggest or wealthiest companies that survive (how many big corporate empires we saw crumble in the last few years), but the ones that are able to evolve in response to changes in society. This is a very powerful presumption.

Way of Doing Business in Japan

Japan has its traditions strongly rooted in the collective thinking of its people. It’s the country with the world’s longest unbroken history of national sovereignty and is known to have demonstrated support for traditions in their most typical forms.

There is a quote from Peter Drucker that says: "Culture eats Strategy for breakfast". Even though what Drucker originally meant was that a powerful and empowering culture was a surer route to organizational success, the same applies to markets. No matter what is the strategy of your company, the local culture will always prevail. Therefore, Japanese culture has perhaps one of the most important factors for perpetuating a corporate organization.

Japanese people believe that the objective of running a business is not simply to make money or enrich some individuals but to support the prosperity of the whole society. This means that long-lived Japanese businesses have objectives aiming for long-term sustainability while benefiting society rather than individuals. This seems to be the key to the success in sustaining organizations and supporting their longevity.

Japanese entrepreneurs believe that a business organization is a legacy to be preserved and to be handed over to future generations. They don't "own" it as personal property.

Wow. I've always been fascinated by the word legacy and its meaning. If you think about history and traditions that survived through centuries, most of the time their core message is centered on the common good.

This business perspective is rooted in the idea of family and influenced by the Confucian concept of filial piety, which is a virtue of respect for your parents, elders, and ancestors. Put in more broad terms, filial piety means to be good to your parents, take care of them, engage in good conduct, and show love, respect, and support. Ultimately, display courtesy and bring a good name to one's parents and ancestors.

The interesting aspect of this mindset is that it becomes difficult for the owner to close down the company, sell it or use its assets or income for personal gain. What matters here is to build a legacy for the common good, not a legacy for the ego.  Again, another example of local Japanese culture, helping companies to survive and thrive. It is difficult to imagine, especially in my case since I came from Brazil, what type of social mindset transformations (from bottom to upper classes) would be required for a country to prosper in that manner.

Another interesting fact is that business leaders in Japan do not believe that their companies are simply a place where employees sell their time and labor for money. They also don't think that the basic relationship between workers and companies is a hostile and conflictual one.

This is also due to the philosophy of Japanese employees (and society in general) towards their workplace and employer.

Japanese employees believe that their workplaces are avenues for self-development, both in professional and personal terms. For them, their work environment brings a sense of belonging, satisfaction, and purpose. This also explains why Japanese employees tend to be very attached and loyal to the organizations they work for. This lesson was learned centuries ago by business leaders in the country and therefore, treating the employees with respect and loyalty does go in favor of perpetuating organizations. Companies put a lot of effort into ensuring that employees are feeling happy and fulfilled at work.

Quick note: Japan has one of the highest levels of work-related suicide rate in the world, which seems a bit contradictory to the statement that companies are working to ensure the happiness of employees At the same time, data-wise the absolute number of suicide is rather small and it seems to be in decline. There is no data about the work-related suicide cases and the oldest companies in Japan, which still seems to be evidence that most of these businesses treat their employees fairly.

Japan was very influenced by religion and philosophy, which emphasized co-prosperity by preserving traditions and values.

Of all the religions and philosophical traditions in Japan, Buddhism distinctly played an important role in the development of this society based on trust. It emphasizes the importance of love for all forms of life and nature. This noble message was absorbed by the Japanese people and it is strongly rooted in their hearts.

It is therefore no real surprise that many Japanese employees approach work with a mindset shaped by the Zen School of Buddhism. Zen schools influenced Japanese society by embedding values like the value for peoples' labor, perfection of work, excellence at the workplace, and fairness while engaging with employees. It helped shape the collective consciousness of the Japanese labor in setting objectives to reach a "higher self" while supporting the common good of its nation.

The Eight Principles of Corporate Perpetuity

Professor Funabashi dedicated his book to all entrepreneurs who wish or are building businesses that serve their people for many, many years to come. L-E-G-A-C-Y. The message here is so strong that I decided to make a series of small posts about the 8 principles he presented and the companies he used as examples of these principles. The principles are generic in nature because they can be applied to any kind and type of business.

I believe this series will bring a different perspective to people interested in how to do business aiming for REAL long-term sustainability, which is extremely relevant in the cryonics industry.

I was genuinely influenced by this book. It looks pretty counterintuitive for the startup scene. The era of VCs and high liquidity pushed companies to hyper-growth and hyper-spend, which very often jeopardized the construction of businesses with healthy unit economics and sustainable culture. The companies that followed the principles presented in Professor Funabashi's book have a strong Code of Conduct (some of them centuries old) followed by everyone, from top management to lowest rank employees. They preach frugality and moderation in life as opposed to greed for growth at any cost and wastage of resources, so common in the startup stage. They strongly believe that people are central to growth and that money and goods alone cannot take the place of people. It sounds obvious, but it isn't. At the moment I am writing this text, we see overvalued startups that recently raised millions of dollars, mass firing people they hired a few months ago. Do you think these businesses have a culture of loyalty, sustainability, and common respect? If I have to choose an inspiration model for Tomorrow.Bio between the fancy, hyped highly cash-burning tech startup scene and the centuries-old Japanese institutions, I would choose the second. Always.