Discover how scientists attempt to shield your liver from biological threats. 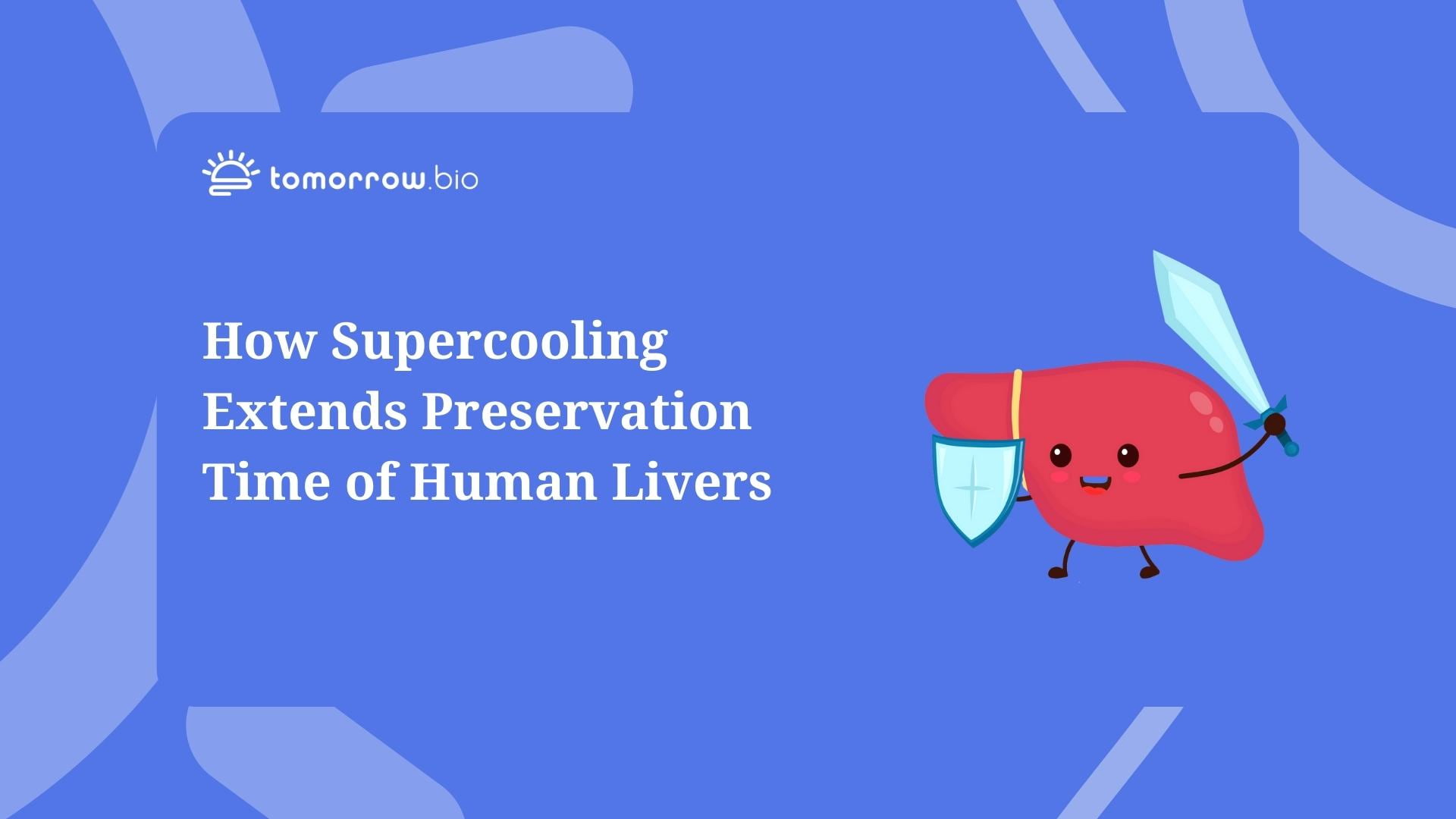 Cryopreservation is not a mainstream procedure yet. Similar procedures involving cold temperatures however, are being utilised progressively more in modern medicine. Organ transplantation is one field that has successfully made use of the benefits low-temperature storage provides. However, these achievements come with limitations that science has yet to overcome. Much like in the case of cryonics, perfecting preservation methods seems to be the solution to most of the current problems.

In this article we shine a light on the current usage of cold temperatures in medicine for the purpose of preservation.

The Problems With Organ Transplantation

Scientists are confronted with multiple challenges when it comes to organ transplantation. Most are related to transport and storage, and could be alleviated drastically if better preservation systems are invented in the future. It turns out, your body is perfect the way it is, and your organs don’t like to be put in other environments.

Let’s take a look at the key problems of organ transplantation today.

Organs don’t grow on trees (but they might be growing in labs soon). As of now, they are only found in other living beings. With most of our organs vital for survival this means that one can only donate a full liver in case of their death (although partial donations are possible for healthy humans).

Many countries in the world have been trying to combat this shortage by changing their organ donation regulations to an “opt-out” system (e.g. France, Spain, Italy) instead of “opt-in” (e.g.. Germany, U.K.). So, if you die in one of those countries, let's say France, the law dictates that your organs can be donated to hospitals unless you explicitly make it clear you don’t want that to happen.

The World Health Organization (WHO) estimates that 90% of the worldwide need for organ transplantation is not currently being met. Counting all deaths of end-stage organ diseases this number is even higher. Africa especially, accounting for 16% of the world population, only performs 0.5% of organ transplants due to low access to donor organs.

Vital donor organs are explanted from recently deceased people as they need to still be functional upon transplantation. Long-term survival of the organ is only guaranteed within a working (and compatible) vascular system, rendering organs short-lived when removed from a body. This time limitation calls for an adjusted storage method that supports keeping organ functionality intact. The standard practice right now is the so-called static cold storage (SCS).

Organs are stored in a preservation solution and cooled at a static 4°C, entering the state of cold ischemia. While this method allows us to prevent dysfunction for a significantly longer time than usual, the timeframe for transplantation is still quite limited. Maximum storage time for livers averages 12-16 hours, kidneys 24-36 hours and hearts a mere 4-6 hours. Lower storage intervals reduce the chance of future complications in its new hosts’ body.

The inability to store organs for longer greatly reduces supply. Lower, steady temperatures would allow for better preservation in theory, however, it would cause additional ischemic injury and ice crystal formation- something doctors want to prevent at all cost.

Today we know that sub-zero temperatures don’t necessarily have to correlate with ischemic injury. For proof we simply have to look at nature. Species with a natural tolerance to low external temperatures have shown two different approaches to subzero life: freeze-tolerance, and freeze-avoidance.

Freeze-tolerance is found in some frogs such as wood frogs and turtles like the common box turtle. Biochemical mechanisms within these creatures include the regulation of extracellular ice formation as well as cell volume reduction. This enables them to survive in a frozen state for multiple days or even weeks by entering Biostasis.

Freeze-avoidance, on the other hand, prevents freezing from occurring completely. Many insects are capable of this feat by taking advantage of freezing point depression and supercooling. Water usually freezes at 0°C due to the presence of external surface particles reorienting water molecules into crystals. Once the initial nucleus has formed, a reaction occurs that joins individual water molecules together into a solid form we know as “ice”. Freeze-avoidant animals prevent this reaction from happening by adding specialized molecules to their body fluids, which change their freezing point by depressing it. These allow supercooling, the lowering of liquids below their freezing point without becoming solid, and help them survive in otherwise lethal temperatures. Figuring out a way to repurpose supercooling for liver transplants could lead to a substantial increase in storage-time without damaging the organ.

Freeze-avoidance is also used in Cryonics, via the employment of cryoprotective agents (CPAs). This is not related to “supercooling”. These agents are used for the purpose of vitrification, a glass-like state of preservation occurring at around -130°C (more on this later).

Research suggests: “In nature, freeze-avoidance comes with certain risks, as the temperature cannot fall below the depressed freezing point. However, in controlled–temperature settings, such as organ preservation, it may be highly applicable.” [1]

By eliminating undesirable outside-factors scientists can utilise supercooling and other sub-zero preservation techniques with greater precision. Subsequently, the quality of such preservations increases.

Supercooling has proven to be the most successful cooling technique for human livers. In controlled environments, viability and functionality was virtually unchanged before and after the procedure, and livers were able to withstand thermal stress of simulated transplantation. [2]

From supercooling to vitrification

Researchers hold the general consensus that even a minor reduction in temperature can lead to greatly improved liver preservation. [3] Utilization of supercooling is presently capable of temperatures slightly below 0°C. Additionally, the scaling of supercooling to human organs is limited. This is because of volume-dependent stochastic ice formation aka the higher probability of ice formation in larger organisms. Supercooling works extraordinarily well for insects because of their small size. The difficulty of scaling this process up to the size of human organs such as the liver prevents scientists from reaching lower temperatures without crossing the depressed freezing point.

Vitrification, used in cryopreservation, is the most promising form of preservation, due to the complete halt in biological activity and low risk of freeze-injury it promotes. Yet, vitrification isn’t used in organ transplantation today because efficient, non-damaging rewarming (devitrification) hasn’t been invented.

Nevertheless, ongoing research on the ideal preservation-method is being conducted, and recent published experiments [4] indicate progress in the field. A report about kidney preservation via vitrification reads: “[...] the group was able to devitrify, restore renal function and support life as the sole kidney after autotransplantation. This isolated case remains the only report of successful vitrification of large solid organs, (but) is promising for the future of vitrification on optimization of vitrification solution and cooling-rewarming regimens.”

Cryopreservation and Vitrification are a science with huge potential for organ transplantation and the extension of life through cryopreservation. Although further research is required before supercooling and eventually vitrification can replace current standard storage methods of livers and other organs, first successful trials show promise.

We at Tomorrow Bio work on increasing our knowledge of freeze-avoidance via cryoprotective agents as well as vitrification by conducting our own research. Revitalization of organs after vitrification is a key aspect cryonics is eager to solve. It’s an important step in making the vision of revival in the future through cryopreservation a reality.

You want to know more about cryopreservation? Feel free to schedule a call with us any time! We are happy to talk to you!