What Is SST and Why It’s Important

What exactly do cryonics organizations mean by standby, stabilization, and transportation (SST)? 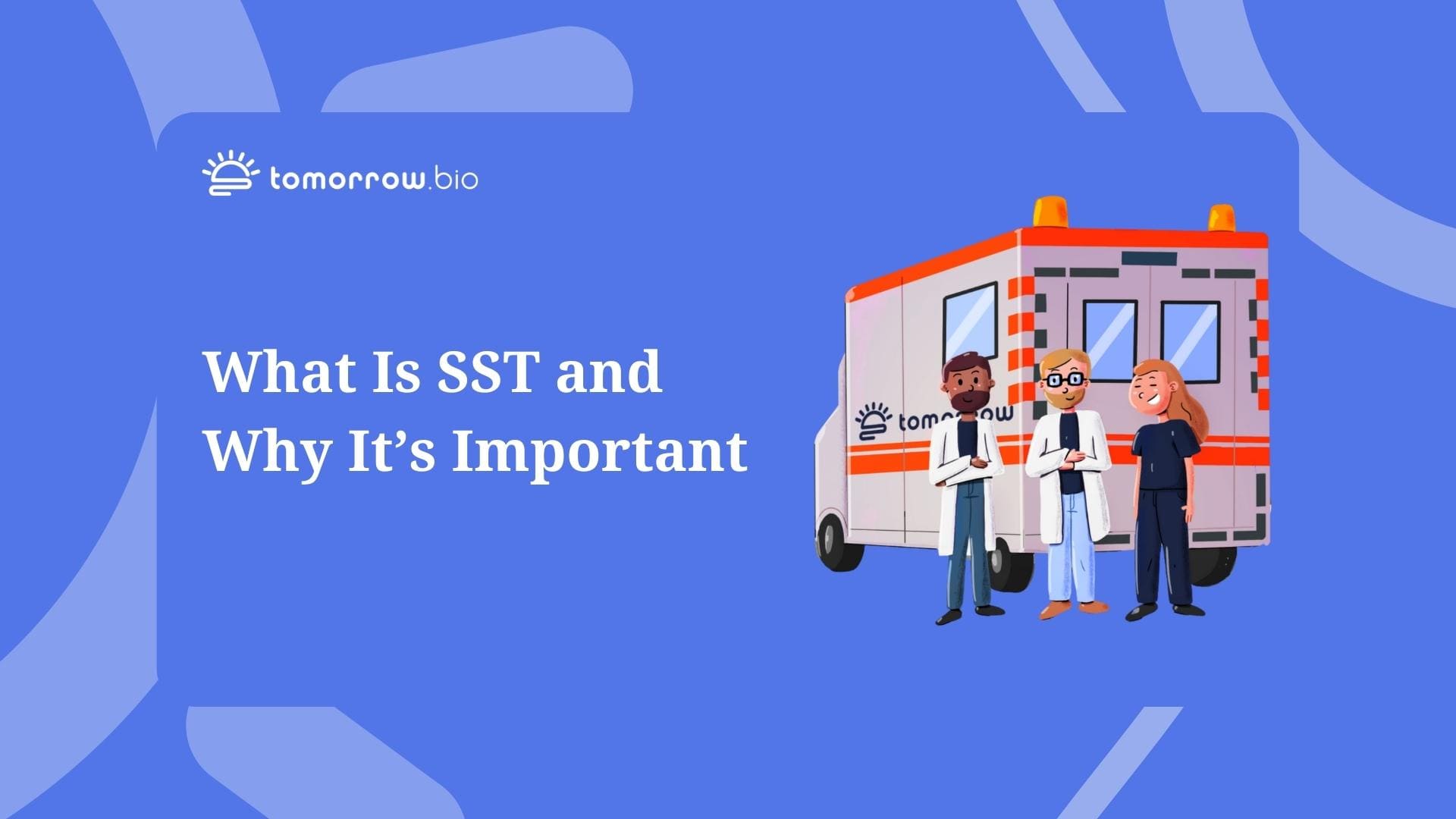 If you are new to cryonics, you’ve probably come across the term “SST”. This acronym stands for Stabilization, Standby, and Transportation, which are essential steps for high quality cryopreservation. The team that takes care of it is called SST or standby team (although the first term is more correct). In this article, we explain these 3 steps in detail. So, let’s start by picturing a person on the verge of being cryopreserved...

What Happens at Legal Death

When you first heard about cryonics, what did you imagine? You probably visualized a person on their deathbed. The patient monitor shows a flatline and the doctor, unable to save their lives, records the time of death. If you then pictured a team of experts in scrubs entering the room and starting the cool down process in a hurry, you thought correctly. This is what we call a cryonics SST team. After completing the first S of the acronym (Standby), the team is dealing with the second one (Stabilization). Only once the cryoprotection procedure is over will it be the turn of the T (Transportation). Want to know more? Here are the detailed definitions.

In most cases, people die in the hospital due to worsening conditions of previous ailments. Clearly, it’s possible for a member of a cryonics society to die a sudden death. In these cases, the standby part will be a bit more complicated, as the team may not be notified in advance. To explain the concept of “standby” however we’ll focus on the most frequent cases of death in hospitals.

So, let's consider that a person has recently been hospitalized. Maybe they have a terminal illness they have been struggling with for years. Family members, knowing the patient wishes to be cryopreserved, alert the standby team. Doctors can also alert the team, as they may notice signs of imminent death. The SST team assesses the situation and decides to go ahead. Depending on the distance and the time available, the team may decide to use the standby ambulance, the fast response vehicle, or a commercial flight, carrying the necessary portable equipment. In extreme cases (e. g. the patient is in the Bahamas and death is imminent), the team might charter a private medical jet.

Once the SST team has arrived on site, they are on standby. This standby could last hours or days, depending on the situation. In any case, the team will not begin the next step (Stabilization) until the declaration of legal death.

FYI: cryopreservation teams are SST teams. They are often called 'standby teams' for convenience (not everyone knows what SST means).

Now, we’re at the point when the SST team is rushed into the room where the patient has started the process of death. Now it’s the turn of the experts to begin the stabilization.

First, the team places the patient in an ice bath where the temperature is lowered using a combination of water and ice. A mechanical chest-compression device is used to keep the brain oxygenated while administering the necessary medication. In ideal cases, the patient is intubated. Only at this point can the perfusion of cryoprotective agents (CPAs) begin.

These replace all bodily fluids and ensure that no ice crystals form as the temperature decreases. At about -125 degrees Celsius, the patient is vitrified. Now that degradation has stopped, the team can move on to the last step: transporting the patient to the long-term storage facility.

The facility and research lab that we rely on for the long-term preservation of our patients is located near Rafz, Switzerland. Clearly, as our members come from almost all European countries, in most cases they’ll be located in another state at the time of legal death. In order to legally transport our cryopreserved patients between countries, Tomorrow Bio's standby ambulance is registered as a funeral wagon.

In some cases, the SST team will have to reach the patient by alternative means and the ambulance may be too far away for final transport. Part of the funds for cryopreservation will be used to secure the support of funeral homes.

The team transports the patient to the long-term storage facility. There, the body temperature will be lowered further over the course of about a week to -196 degrees Celsius. The patient can then be placed in a cryonics storage dewar and stored until medical technology develops enough to cure and revive him.

Why You Need a Standby Team

Now that we have defined and understood the different steps, it’s important to know why it’s crucial to have an SST team. Wouldn't it be easier to deliver the body directly to the long-term storage facility after legal death? The service would probably cost less, as there would be no need to train several teams who are available 24/7 with specialized portable equipment.

The problem lies in the fact that the quality of cryopreservation, with current medical knowledge, highly depends on the speed at which the procedure starts. When the heart stops beating, the brain is left without oxygen and cells slowly start to die. Considering that, according to current science, your memories and personality (what makes you you) are stored in the brain, it’s important that we keep it as intact as possible.

We would rather have trained and available SST teams dispatched when needed rather than lose a part of your future self for the sake of convenience.

Understanding how the cryopreservation procedure works is critical when considering whether or not to sign up for cryonics. At Tomorrow we offer an all-inclusive service, so all the steps listed above (and more) are covered.

If and when medical technology is able to cure diseases afflicting you and eventually revive you, you may have a chance for a longer life. How would you use it?

Feel free to schedule a call with us if you have any questions. We love to chat about cryonics!