An Unexplained Case Of Accidental Hypothermia

How did one man survive 24 days in a state of hypothermia? 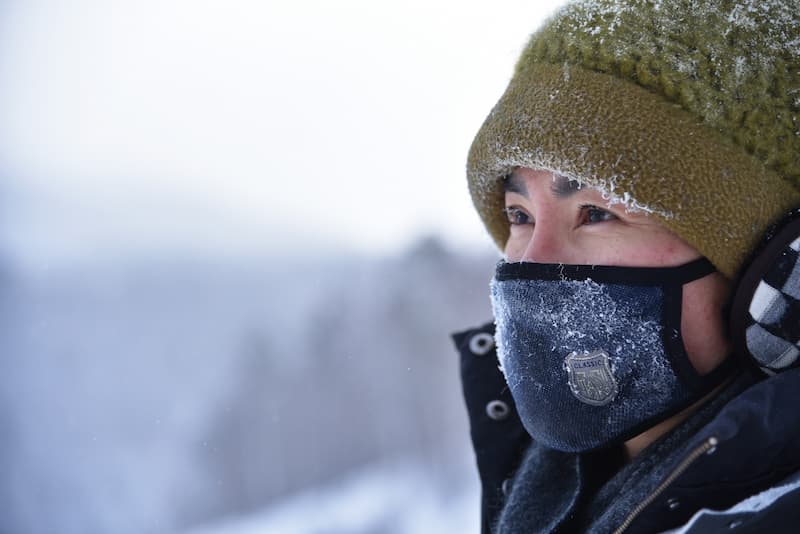 Every once in a while, you hear of a story that sounds far too bizarre to be true. But if a cumulus cloud can weigh over 453 million kilograms, anything is possible. Take the story of Mitsutaka Uchikoshi for example. In October 2006, he survived for nearly a month after falling during a hike, breaking numerous bones, and entering a near cryopreservation state. This is a phenomenon that cryonics has been trying to induce for years, so how was he able to survive without any assistive technology? In this article, we’ll dive into his case and the implications it has on the future of Biostasis.

Mitsutaka Uchikoshi was 35 years old when he lost his footing while hiking on Mount Rokkō in Kobe, Japan. 24 days later, he was found by nearby hikers and transferred to Kobe City Medical Center General Hospital. Uchikoshi only spent 50 days in the hospital before being released with no long-term injuries… how was this possible?

Uchikoshi was somehow able to enter a form of natural Biostasis. Yet, without assistive technologies like cryopreservation, no evidence of this being physically possible exists. But still, after his hospital stay, Uchikoshi was alive and well. Some people speculated that the exposure to the extreme temperatures caused Uchikoshi to enter a state of hibernation. Others believe the phenomenon more closely resembles a form of hypothermia-induced cryopreservation. What really happened? We’re not entirely sure.

Although they share some similarities, hibernation and cryopreservation are rather different. During hibernation, an animal’s body temperature decreases to a point where all metabolic activity slows down. This causes a drop in heart rate, breathing, and overall consciousness, which allows them to sustain periods of diminutive food. Hibernation, however, still requires a mild form of energy from cells. Therapeutic hypothermia is a possible application of induced hibernation in humans, but it’s not something that can usually happen without assistive technology.

Cryopreservation also reduces metabolic rate, but it takes it a step further. Using extremely low temperatures (i.e., -196°C), all biological activity becomes so slow that it appears to be paused entirely. Cryopreservation requires no energy from cells, allowing them to be kept in the same condition for an indefinite period of time. However, while hibernation can be reversed with rising internal/environmental temperatures, cryopreservation requires an external input to reactivate the metabolism. Cryopreservation is not only possible, but is actively being used in the scientific community and is considered a possible life-saving technology. However, it requires the use of cryoprotective agents (CPAs), medical technology, and liquid nitrogen.

While doctors and researchers are unable to define exactly which one of these two things (if either) happened to Uchikoshi, we can speculate that it was caused by hypothermia. Let’s explore the various forms of hypothermia and their effect on the body for a better understanding of how this could be possible.

The average “normal” body temperature is about 37°C, but this can vary slightly depending on age, sex, physical fitness, and even the time of day. It’s normal for temperatures to fluctuate slightly, but excessive changes tend to result in excessive circumstances.

During infections, your body’s immune system activates, which triggers the hypothalamus and subsequently, a fever. Alternatively, hypothermia occurs when the core body temperature drops below 35°C [1]. Hypothermia can be further defined using two categories: therapeutic hypothermia and accidental hypothermia.

How Is It All Connected?

It seems like, technically speaking, what happened to Uchikoshi was subacute accidental hypothermia. His long-term exposure to cold temperatures caused a drastic decrease in core body temperature, which caused his body to enter a state of self-preservation. However, it still baffles scientists and doctors in the medical community.

While there are people cryopreserved, the technology does not yet exist to revive them. Similarly, it wasn’t until 2019 (13 years after this case) that the first human was put in a temporary state of “suspended animation” similar to hypothermia-induced hibernation. The 2019 clinical trial isn’t expected to be complete until 2023, but maybe Uchikoshi’s case was a foreshadowing of the results to come.

All of this may sound promising, but what happened to Mitsutaka Uchikoshi was a rare exception to the norm. It puzzled doctors and made no sense. While similar instances of a 44 year old Swedish man and a 29 year old Swedish woman (on separate occasions) have occurred, hearing these stories is rare. In many cases, individuals who experience hypothermia to this degree face fatal outcomes, or at least some type of lasting injury.

This case sparks a lot of questions in the cryonics community. How was his body able to enter this state naturally and rewarm without any damage? Did he go into a state of hibernation or was he experiencing a form of hypothermia researchers have yet to explore? How can incidents like these be applied to the study of cryonics? Hopefully the clinical trials currently in place will shed some light on these answers, but for now, all we can do is speculate.

If you have further questions regarding the process of Biostasis and cryopreservation, schedule a call with one of our experts today!  And, if you feel now ready to join our community, sign up here!

Society
What’s The Purpose Of Cryonics?

Society
Meet Einz: The Youngest Person To Ever Be Cryogenically Frozen

Society
Will I Be Revived In An Old Body?

Society
Bioethics In Italy: What It Is And How It Is Divided