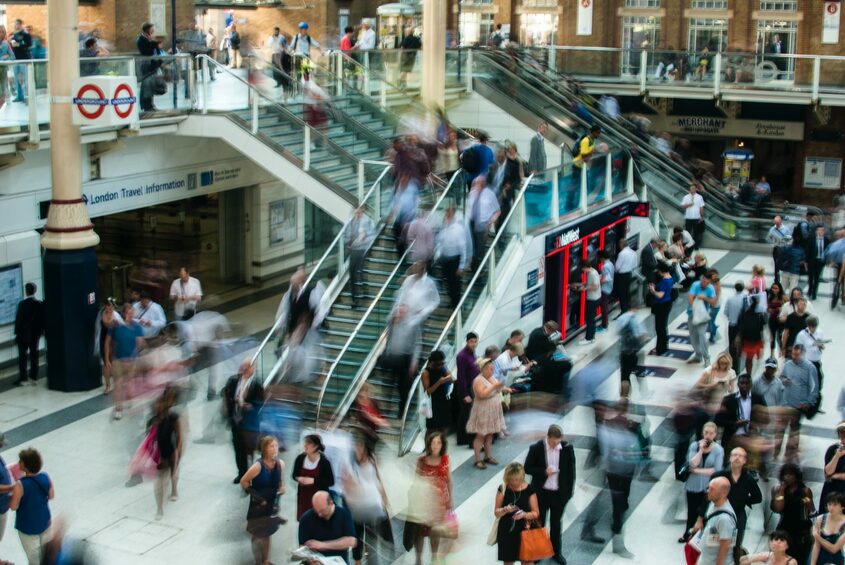 Will Cryonics Cause A Population Explosion?

Overpopulation and overconsumption. How can cryonics influence them?

World population, as we all know, has been growing exponentially. In the early 1900s there were less than 2 billion people on the planet. Today, we are about 7.9 billion. And the count increases every second. When looking at these figures, it’s normal to get a bit worried. We haven’t found a way to live sustainably. And our planet can’t sustain almost 8 billion people consuming the way we do. Could then cryonics, giving people the opportunity to live a “second life”, cause an eventual explosion of population? And if it happened, how would it influence our lives?

But what exactly is overpopulation? We say that we are too many. But too many for what? Imagine a restaurant with 10 seats. If the restaurant had 20 customers, it would be too many people for it’s capacity. But if it had 50 seats instead, the same amount of people would be fine.

That being said, to fight overpopulation we could limit the amount of people on the planet. Or we could reduce consumption, so that people can live in a way that doesn’t exceed the actual carrying capacity of the Earth. Last but not least, we could also increase the capacity to sustain more people..

And what is overconsumption?

Overconsumption is a situation where the use of resources has outpaced the sustainable capacity of the ecosystem. To produce, transport and eventually discard these things we need a lot of resources. And, at the moment, we are not able to achieve this using only sustainable methods.

We can look at our ecological footprint to understand this concept even better. It measures the demand for natural ecosystems’ supply of resources and services. It can be used to calculate how much the whole world, a country, a city or even an individual consumes.

According to this calculation our annual demand for resources exceeds Earth’s biocapacity. To be precise, it seems that we are using what 1.7 Earths would be able to give us.

Figures about overpopulation and overconsumption

Overpopulation and overconsumption are connected to each other. But to understand better how, we should ask ourselves some questions. For example: “Are all countries experiencing this rapid population growth?”. “Are the most populated countries also the most consuming?”. And finally: “Are we trying to do anything about it?”

Difference between developed and developing countries

Therefore we can say that some parts of the world are currently experiencing a growth of population. But in the meanwhile, several developed countries are faced with concerns about a rapid depopulation. This may lead to economic issues in the coming decades. In fact, while the older population retires, important positions in fields (such as healthcare and education) are left empty by the lack of younger people. These countries will not be self-sustaining anymore.

The population of Spain, Portugal, Italy, Germany, Sweden, among others, has been decreasing for decades. Government felt the need to create specific policies to fight the falling birth rates. In Italy, for example, the government tried incentivizing people with a financial incentive of 800 € per birth. The policy didn’t really work.

This being said, the population size of a certain area and the use of resources of that same area, are often not directly correlated. To name one, the richest one percent of the world’s population (that is localized in developed and less populated countries) are responsible for more than twice as much carbon pollution.

It will not grow forever

That being said, we expect the population growth rate to slow down in the future. The birth rate will decrease in both developing and developed countries. In addition, one of the largest generational groups, the Baby Boomers (born during the post World Word II) is now aging. Therefore the annual number of deaths is expected to increase in the next decades. Towards the end of the century, the total number of deaths and births will be similar. And the population growth will stop.

What are we doing about it?

By reducing our consumption of resources worldwide and using technologies that can optimize our ecosystem’s capacity, we could reach a point where overpopulation will not be a problem anymore.

To do so, many countries are currently working on systems to utilize renewable resources instead of finishable ones. In the current years for example, many cities in Europe are working on implementing electrical public transportation, in order to reduce their CO2 emissions. They are improving the recycling systems, working on ways to introduce circular economies where possible. The use of solar panels in the EU has recently reached record levels, producing 10% of the total electricity produced. Not to mention urban and vertical farming, to reduce transportation and sustain the nutritional needs of even highly dense cities.

Now, how does Cryonics influence all of this?

Let’s start with a calculation. At the moment, there are only around 450 people cryopreserved all around the world, with Ci and Alcor being the Life Extension Foundations with the greatest number of cryopreserved patients. In the meantime, about 5000 people have made arrangements to be cryopreserved after legal death with a cryonics company in the USA and Europe. If we count all these people, we reach a total of 5500. Can this number make any difference when we consider a global population of almost 8 billion people? Let’s consider a 100x growth in the number of subscriptions. It would still be less than 1M people. Less than 0.001% additional people in the future.

And how will the future deal with these 1M or maybe even 1 billion people? Future society, thanks to new technologies, will very likely be able to sustain the whole world population. Improving, as we said before, vertical farming, circular economy, fusion energy etc.

Towards a better future

Finally, there is an important thing to say about people who decide to be cryopreserved. These people think a better future is possible. And they want to see what it looks like. They are optimistic that medical technology will progress and treat illnesses. And that we will find solutions for the climate and social issues affecting our times. They think the future will be such an interesting place to live in, that it is worth investing in an experimental technology, such as cryopreservation.

People who choose cryopreservation, will very likely do their part in working to create a better future during their natural lifetime. They will do it, because they want to live in that better future. A personal incentive is and has always been the best way to move people. Nobody wants to wake up in a dystopian future, like the ones we see in sci-fi movies. An increase of people who decide for a cryopreservation probably means a greater effort in working for a better future.

All around the world, people and organizations are working on creating a better and sustainable future. Tomorrow Biostasis is part of this movement. Cryonics, and the possibility to live a “second life”, could make people think more long-term. Here and now will not be the only focus anymore.If you as well think of cryonics as something positive, you can join us. Or if you are still not sure, but you are curious about it, you can have a call with us. We are always happy to answer your questions!