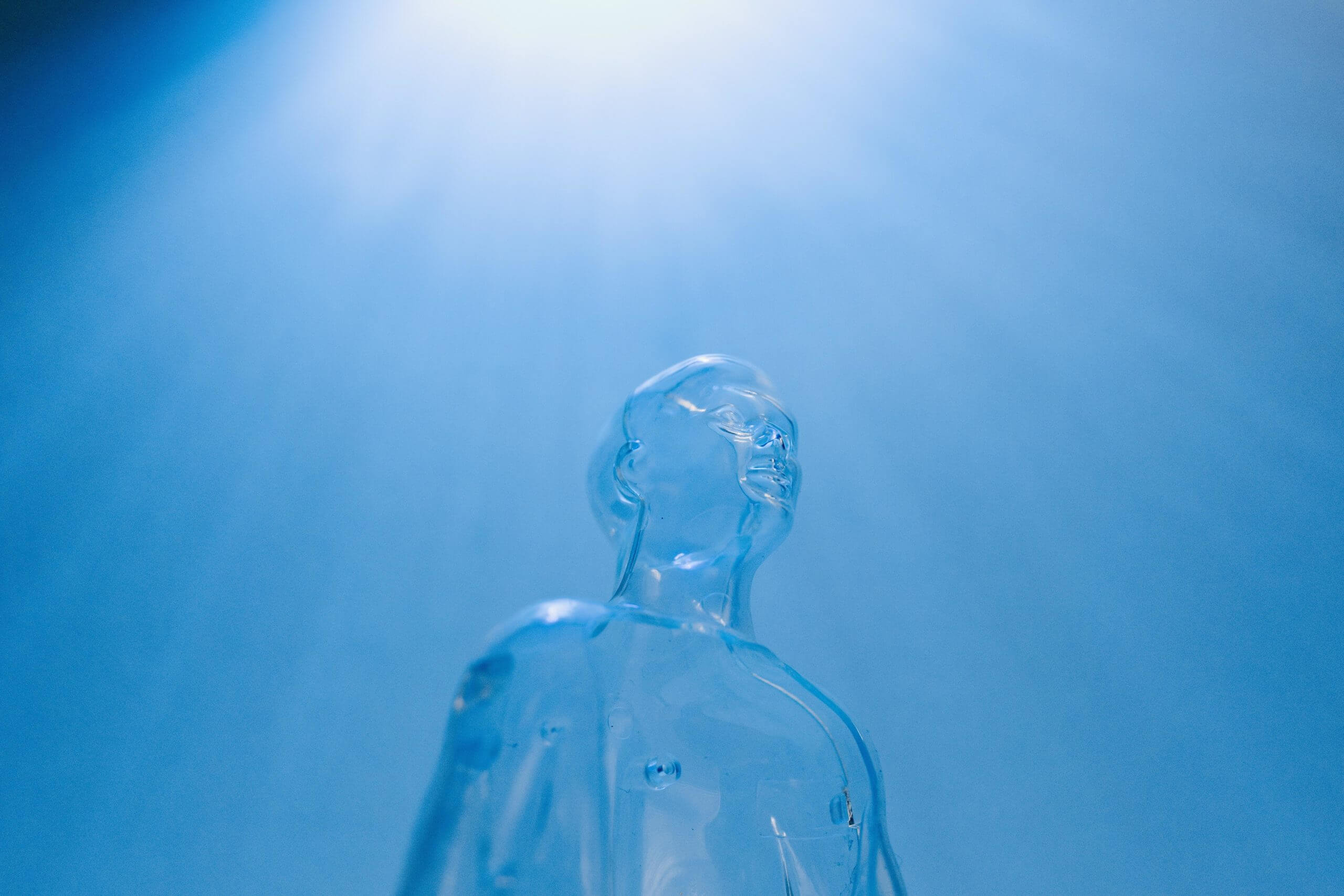 What Is The Link Between Transhumanism And Cryonics?

Are you interested in seeing first-hand how technologies will develop?

“Transhumanism is a class of philosophies of life that seek the continuation and acceleration of the evolution of intelligent life beyond its currently human form and human limitations by means of science and technology, guided by life-promoting principles and values.” – Max More (1990)

First and foremost, Transhumanism is a philosophical movement. It’s the belief that human development has not yet reached its final stages, and that our physical forms might hold us back in the future. But it comes with some practical questions. For example, how do we reach this “beyond-human” point? According to some, humanity might already be there. In the eyes of someone from the middle ages, people of today are already cyborgs. Tiny devices at the tip of our fingers provide us with petabytes of readily available information. They let us hear the voice of someone in another continent instantaneously. And without them, we sometimes feel lost or lonely.

In some sense then, we are already at the first stages of transhuman progress. But we still have a long way to go. Looking at centuries of scientific research and progress, transhumanists seem to have identified a few key technologies that have the potential to propel humanity to its next stage. To clarify, this doesn’t mean that every transhumanist follows every single one of these fields with the same interest. Some are optimists when it comes to certain technologies but very skeptical of others. With that in mind, let’s look at some of the scientific fields that may hold the key to our transhuman future.

Biotechnology, along with its sub-branches such as gene and stem cell research, seems to be of particular interest to transhumanists. At least in theory, significant advancements in these disciplines could lead to massive improvements in longevity, quality of life and bring significant help in the fight against diseases.

If there was a way to accurately manipulate and rearrange our genes, we wouldn’t need to worry about many conditions that afflict us today. People could influence their physical appearance and possibly the architecture and inner workings of their brains. Nowadays techniques such as gene editing can go a long way in this direction, but we still lack a complete understanding of our genome and how the many pieces composing our DNA work together.

Stem cells are another interesting avenue to realize the transhuman dream. These are cells that haven't “specialized” yet, meaning that they can still become any type of cell that’s currently in our bodies. If medical technology finds a way to control the growth of stem cells, it then becomes possible to eliminate the need for organ transplants. This is due to the fact that kidneys, hearts or lungs can grow from just a few starting stem cells.

Nanotechnology is an interdisciplinary field that ranges from biology to engineering.

The goal is to become able to assemble machines and components with extreme precision. There are multiple ways to achieve this goal and the possible applications of such a technology are almost endless. One way to think about it comes back to our DNAs. After all, on an abstract level, we could think of the DNA in our cells as a series of instructions on how to assemble everything else. Then, our ribosomes take care of the building process, effectively acting as a miniaturized construction crew. On an engineering level, being able to manufacture tight structures with perfect crystal alignments would mean that we could manufacture materials far stronger and lighter than what we can achieve today.

These two might not be directly related, but they are part of the same sphere of digital-related technologies. Mind Uploading also referred to as whole brain emulation, is not exactly a science as much as a goal to be reached.

The idea is to be able to directly “upload”, or otherwise replicate perfectly, the human brain on cybernetic hardware. This could completely change the way we conceptualize life or death. It comes with many philosophical and ethical questions, none of them with an easy answer. Would these cybernetic copies be us? Would we still be able to feel emotions as before? How would these change the definition and the civil rights of other machines? Obviously, a human mind operating on a silicon-based board, for example, would be different in many ways. For example, it would be easier to seamlessly integrate powerful processors in certain areas of our brains. The velocity in which data would travel between the synapsis could be increased dramatically.

Finally, we would not be bound to our biological bodies. We could rely just on virtual avatars and spend most of our time in a Metaverse, a realm engineered very similarly, or completely different, from our current universe. This is a concept that belonged exclusively to the realm of Sci-Fi only a few years ago, but it has now become mainstream, with the former Facebook adopting the name Meta.

This brings us to cryonics. This is an advanced medical procedure that makes use of extremely low temperatures to preserve human bodies for hundreds, possibly thousands of years. The procedure has to be done after the legal death of an individual, since the process requires substituting as many bodily fluids as possible, including blood, with antifreeze agents. After slowly reaching a temperature of -196°C, the whole body undergoes a process called “vitrification“ that results in the complete immobilization of the cells. If maintained correctly, this state can preserve the body indefinitely. The goal is to wait for as much time as needed for technology to catch up and one day be able to revive the patients.

This technology could prove crucial for many aspects. First of all, it can help extend the reach of emergency care for patients in need (as we do at Tomorrow Biostasis). Additionally, in the future it could also open the doors to things like long-distance space travel at sub-light speeds and much more. It has been referred to by Dr. Charles Tandy as a possible way to achieve “forward-directed time travel”. Ultimately, in the short-term future, it could lead to the creation of “organ donor banks”, meaning we would no longer need to waste a large part of the organs needed for transplants due to time constraints.

We have had working methods to cryopreserve humans (and we are constantly perfecting it) since the 1970s. The biggest challenge for cryonics, however, still remains the heating up phase. While the quality of the preservation achievable today is very high, reanimating a body or even just an organ, still poses a lot of challenges. Nanotechnology might become, in the future, what enables us to achieve it, but the beauty of this technology is that time matters little to nothing. As long as we are able to successfully cryopreserve someone, the time needed to see a significant improvement in technology is a negligible factor for the cryopreserved patient.

How do we get there? And how long will it take? While both these questions are hardly answerable for the time being, we have a general idea of how things might work out. Nearly every transhumanist is familiar with the term “technological singularity”.

This concept can be reduced to the following: if we progress enough, it is believed that we will come to a point where the curve representing technological growth will be almost vertical. This would translate into a revolution of everything we know possibly happening in a matter of days, if not hours. Being still an abstract concept, the “how” concerning the technological singularity is still unresolved. Great hopes are, however, placed in the future development of AI, particularly of a so-called AGI (Artificial General Intelligence). This is a type of machine not constrained by its code to be applied to only one field. In theory, an AGI could be used to work on physics as much as literature or human emotions. For example, if we were able to develop an AI capable of programming other and better AIs, that could be the tipping point to achieve superintelligence. In other words, human intelligence could suddenly become obsolete.

Finally, how are transhumanism and cryonics connected? On the surface, biostasis is little more than another one of the sciences followed with hope by transhumanists, much like advancements in nanotechnology or biotechnology. In reality though, there’s a big difference separating biostasis from all the rest. The first half of the breakthrough in this field, arguably the most important, is already here. We “just” need to be able to bring back patients from the cryogenic sleep, but we can already accurately preserve them. If you are interested in seeing first-hand how technologies will develop hundreds of years from now, cryonics can already offer you a way to do that. Unless you signed up to have your body cryopreserved, chances are you won’t be able to witness how the world will look like in 2250. So why not do it? At Tomorrow Biostasis we offer accessible plans and a complete guide to help you know more about cryonics and take the leap of a lifetime.

If you have any questions about Biostasis, feel free to schedule a call with us. And, if you feel now ready to join our community, sign up here!