Medical Robots Care About You

Medical Robots reshape our society by making us rethink how we go about medical topics. 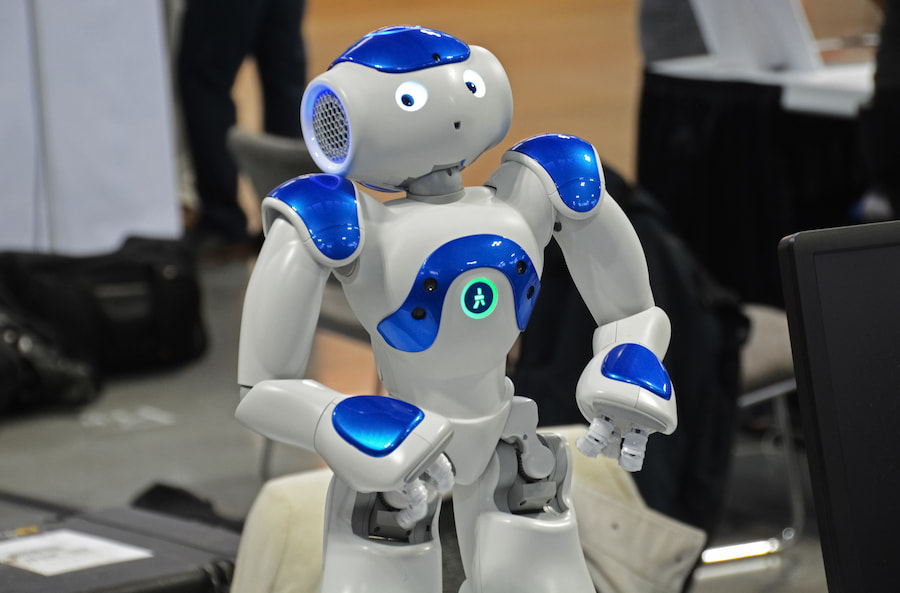 Robots are an integral part of society. They automate tedious tasks, are resilient to stress and generally save us a lot of time. But did you know that apart from time, they also save many lives?

The so-called “Medical Robots” have been doing some incredible work in healthcare over the past few years. In this article, we’ll take a closer look at the mechanical medical helpers of today, as well as the potential this technology brings to the table. Maybe, they will even assist in the future revival of Biostasis patients. But let’s start from the beginning.

There are around 10 million certified doctors in the world. A comparatively low number to the 8 billion people who could potentially be in need of one. It’s a stressful job, with a lot to do, and the human brain can only focus for so long until it needs a break. Under these conditions, doctors may occasionally make mistakes. Mistakes that sometimes cost lives.

Every year during medical treatments, 250 thousand people die as a result of human failure in the U.S. alone. In 2011, another 722 thousand suffered from hospital-acquired infections (HAIs), a result of insufficient sterility inside medical facilities. This is especially troublesome, as people admitted to the hospital are often already immunocompromised and more susceptible to bacterial infection.

Thanks to robotic assistance, preventable deaths and infections in healthcare facilities are gradually decreasing. According to a study conducted in 2020, the use of robots in surgical procedures increased from 1.8% to 15.1% between 2012 and 2018. In some cases of major surgical procedures, like the potentially fatal inguinal hernia repair, adoption rate of robotics increased further, from 0.7% in 2012 to 28.8% in 2018. This rapid growth has been attributed to generally positive feedback regarding the procedures from doctors and patients alike. Faster healing times for patients due to more precise operation, and easier access to hard-to-reach organs are just a few of the benefits that would explain this sentiment. Robots are not only being used for surgeries though. To give a better understanding of the plethora of current applications, let’s take a look at a few.

First used in the 1980s, robotic arm technology paved the way for robots as medical workers. A robotic arm is made up of several metal segments, connected by moveable joints. A computer controls the robot by rotating the motors attached to each joint, allowing for a vast array of possible movements. Unlike ordinary motors, the motors used in robotic arms (which can be stepper, hydraulic or pneumatic) move in precise increments. This allows them to assist with highly complex medical procedures and even outperform the most experienced surgeons when it comes to accuracy.

Being a nurse can be a rewarding, but tedious job. A lot of their time is allocated to repetitive and logistical tasks, like checking in on patients or taking care of equipment and storage. Robot Caretakers, quite literally, take care of such errands. They belong to the category of autonomous mobile robots, which means they can move around the facility freely. They use AI to avoid bumping into things (or people), and are connected to the hospital network, which automatically feeds them information about what to do. Those instructed to visit patients are equipped with a monitor that allows them to establish a video call with their associated doctor. Some can even be remotely controlled, which makes health checkups possible without a single (human) doctor anywhere near the patient.

Cleaning Robots are relatively well-known at this point. But their close relative, the Disinfection Robot aka. Sterilization Robot is on a whole other level. While impractical for regular household cleaning, this large robot uses ultraviolet radiation to target microorganisms unlucky enough to find themselves in the same room. The promise here is to eradicate the last 0.01% of bacteria no regular cleaning procedure manages to wipe out. This type of bacteria control is still new, so the effectiveness of the method is contested. If it turns out to work as intended, it could reduce the amount of hospital-acquired infections drastically in the future.

Other than the robots we mentioned before, Socially Assistive Robots aren’t built for medical facilities. Instead, they’re used in private homes, or retirement homes. Their purpose is to provide physical or mental support for those who need it. One example of this includes people going through stroke recovery. Two out of three stroke survivors still suffer from after effects 6 months following their release from rehabilitation. 50% report motoric and sensory disabilities as long as 3 years later. Socially Assistive Robots are designed to help these people with everyday tasks that may prove difficult to them, such as bathing, dressing or transportation.

There are a multitude of other use cases these mechanical helpers can fulfill. In some retirement homes, for example, they come in the form of cats and dogs. People suffering from dementia, who otherwise wouldn’t be able to take care of a pet by themselves, form an emotional bond with their newly-adopted robots. Something that’s otherwise very hard to achieve with the mental state they are in.

Many of the robots we mentioned in this article are already wide-spread around the medical world and adoption rates are increasing year by year. Yet, most medical care is still being left in the hands of humans, especially in the social field. Robots fail to replicate human emotions convincingly, so people tend to prefer interactions with other humans. In the future, this may very well change. As robots become smarter and AI technology advances, emotionally intelligent robots might be our future psychologists.

In surgery, if robots learn how to analyze and subsequently treat patients without the need of additional input, human error could potentially become a thing of the past. And who knows, maybe the revival and reintegration to society of cryopreserved patients will also be a task fit for a robot. If you choose Biostasis today, there’s a chance the first thing you’ll see in your new life is the future of medical robotics.

If that prospect made you want to know more about Biostasis, feel free to schedule a call with us. We are happy to talk with you.

Futurism
What Is Bioethics And Why Is It Important In Public Health?

Futurism
What Is Cryogenic 3D Printing?

Futurism
The Future Of Cryonics In 5 Questions