Transhumanism: What Is It?

Transhumanism involves breaking through the barriers of our physical bodies. 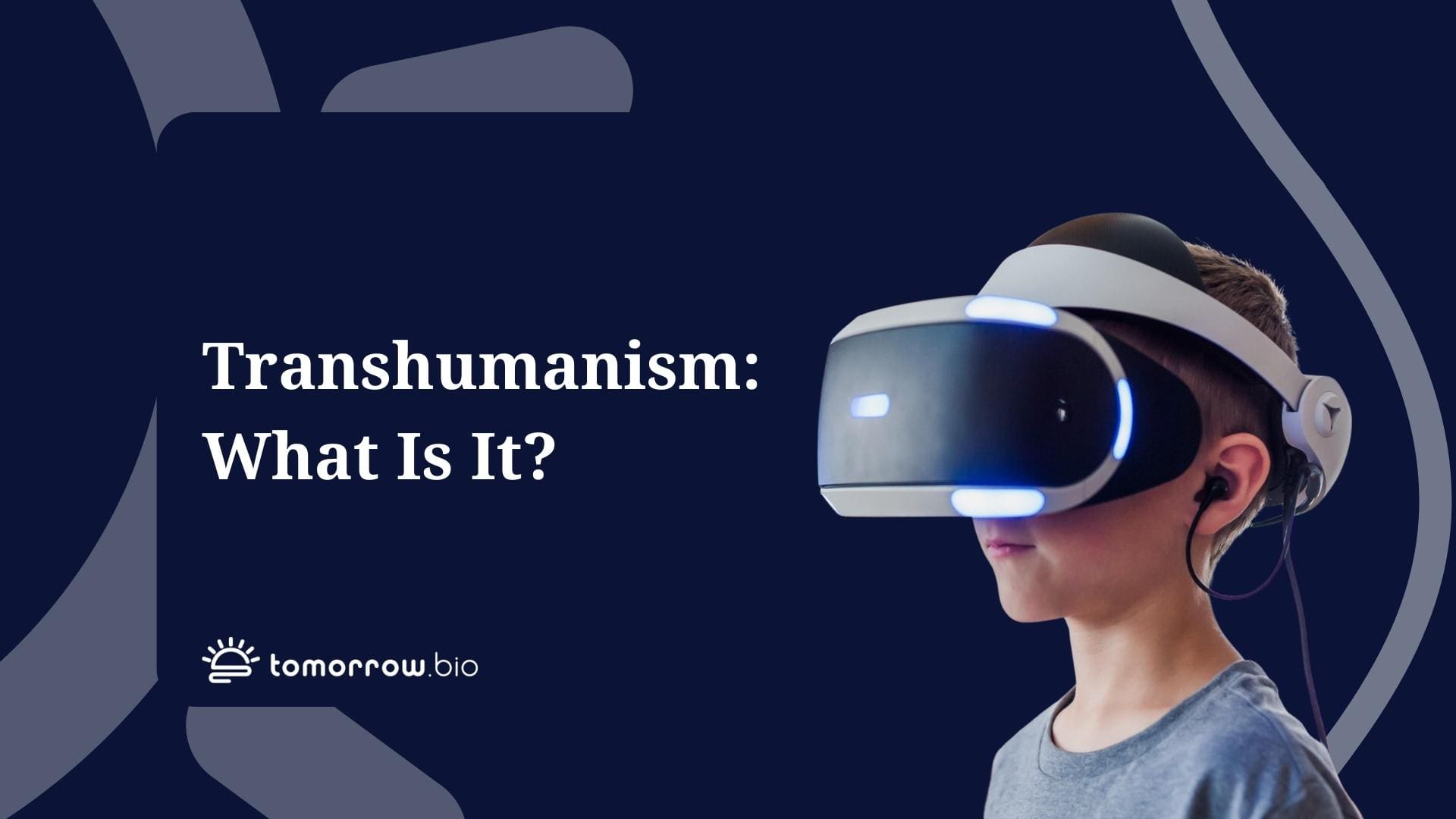 Transhumanism is a term that’s growing in popularity, but what is it, exactly? In the most basic terms, it’s a movement that allows us to bypass limitations. It’s the belief surrounding many scientific and technological advancements that have allowed us to push our limits. Medicine and various treatments allow us to live longer than ever before. Contacts and glasses allow people with vision problems to see clearly. Hearing aids allow us to pick up detailed sounds. Specialized glasses allow for colorblind people to experience vibrancy. Prosthetics allow for amputees to take back control of movements. And cryonics may revolutionize emergency medicine to the point of changing the meaning of life and death. To better understand this philosophy, this article aims to answer a popular question: what is transhumanism?

According to the Oxford dictionary, transhumanism is the belief or theory that the human race can evolve beyond its current physical and mental limitations, especially by means of science and technology. It’s considered a philosophical or social movement that revolves around enhancing oneself and breaking through barriers set forth by our physical bodies.

The term transhumanism was originally coined in 1957 by philosopher Julian Huxley. His ideas were shared with the world in his famous paper, Transhumanism, which was released in 1968. Here, he provides a description of what he believes future humanity could look like. Transhumanism highlights the limitations and “feebleness” of human nature according to Huxley. In 1990, Max More founded the Extropy Institute, which is an organization that’s been crucial in the transhumanist movement ever since.

Although the concept of transhumanism is not new, the extent to which the applications are taken can create a disparity between people’s viewpoints. However, we’re already in the first stages of transhumanism. This stage includes things like gene editing, stem cell research, nanotechnology, artificial intelligence, robotics, the Metaverse, and the cryonics industry as a whole. All of these fields offer exciting possibilities for the future and contribute to the field of transhumanism. Yet not everyone feels the same way about these ideas.

One of the reasons that people may speak negatively about transhumanism is that they believe that it will widen the wealth gap. They argue that technology will eventually create a larger disparity of wealth between individuals—making the rich richer and the poor poorer. One way to offset this is with united political cooperation. This would make future technologies available to all members of society, regardless of their wealth.

Another viewpoint against transhumanism is that, from a religious perspective, it’s an unethical way to prolong life. Someone may believe that it “tampers” with nature a.k.a., the divine will of godly beings. However, religions have historically adapted to the possibilities brought forth by technology. We believe that over time, transhumanism will be embraced and accepted as well. In fact, it already is. Jonathan Gunnell from the Christian Transhumanist Association finds technological innovations and religious beliefs to be complementary. You can read more about this perspective in our interview with him here.

Moving along, transhumanism tends to raise the question of ethics. How will technology be used? What would happen if it fell into the wrong hands? Although the goal of developing such products is usually for good, some people get nervous thinking about the extraordinary “what if” scenarios. These types of situations are even highlighted in several famous movies about life in the future.

The ethics of fairness within competitions is also highly debated in regard to transhumanism. If people are enhanced with technology, is it fair for them to compete in sports with non-altered individuals? Should they be eligible for Olympic competitions? We currently have Paralympics available for individuals to compete, so maybe a third competition would be introduced for individuals who were voluntarily enhanced in the future.

Finally, one of the more popular reasons against transhumanism is that it will create overpopulation problems. However, transhumanism and cryonics are unlikely to lead to this type of scenario. For one, technology could lead to the development of sustainable superabundance, thus allowing a growing number of people to thrive. Additionally, the population growth rate is expected to slow down and eventually plateau. Overpopulation isn’t something that we’re too concerned about. If you want to know more about this topic, check out this article.

Transhumanism is a way of pushing our limits to achieve things that we previously believed to be impossible. The movement as a whole doesn’t accept human limitations like death and disease as the end. Instead, it focuses on the fact that we can become stronger, live longer, and even eliminate disease altogether using science and technology. The cryonics industry shares a lot of the same beliefs, which is why many people view it as a natural and integral part of transhumanism. In fact, a lot of research and development can be mutually beneficial for both.

Although we don’t know what the future will bring, the application of innovative technological developments is exciting. It could support sustainable superabundance and create a world we could never have imagined where revival is not only possible, but the norm. Do you want the chance to see it? Sign up for cryopreservation for a possibility of future revival with Tomorrow Bio.

Thank you! Relevant content is on its way to you!
Oops! Something went wrong while submitting the form.
Tomorrow Bio is the worlds fastest growing human cryopreservation provider. Our all inclusive cryopreservation plans start at just 45€ per month. Learn more here.
TAG:
Philosophy
Top Stories
Top Videos