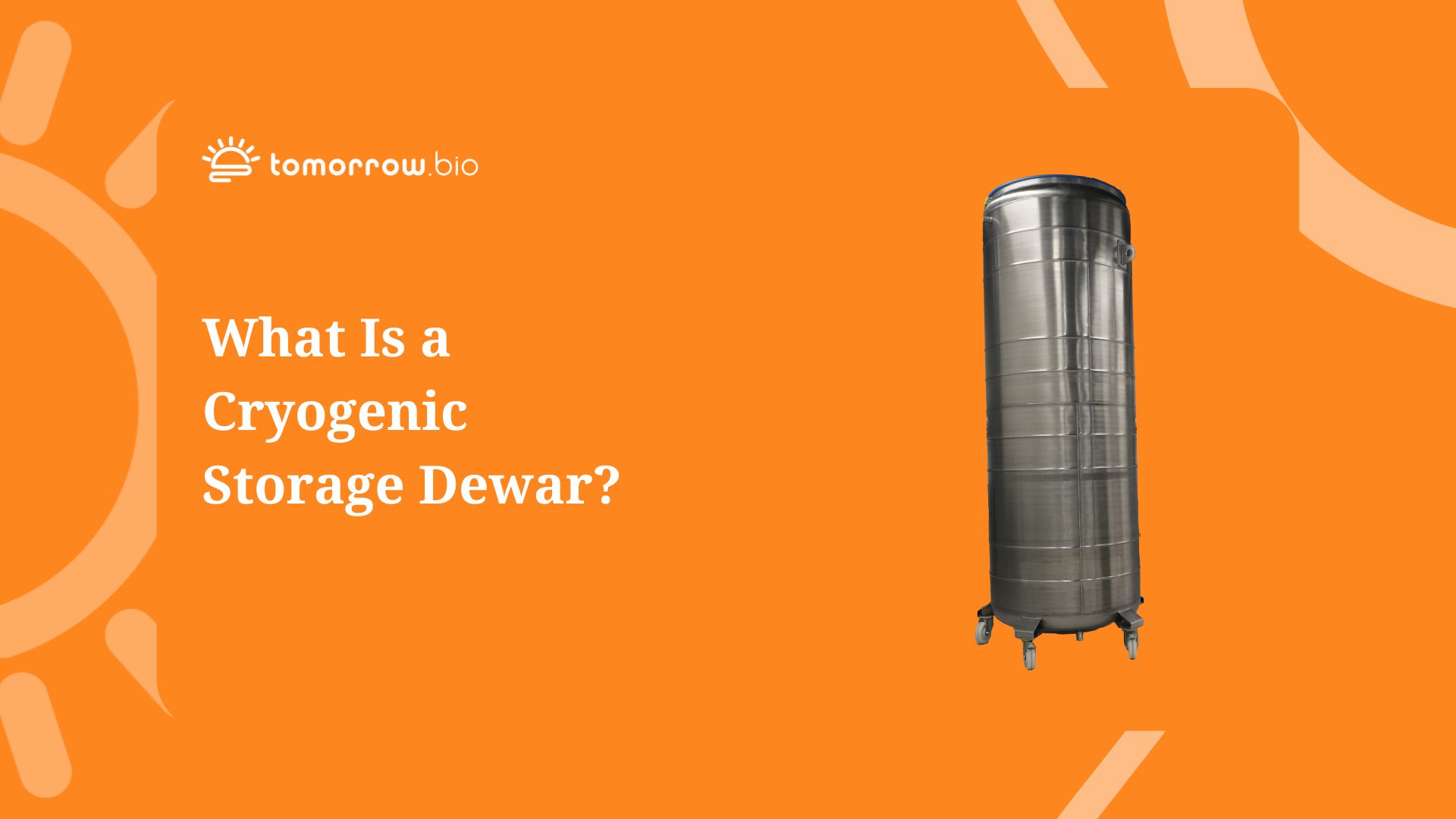 What Is A Cryogenic Storage Dewar?

Everything you need to know about the "container" used for cryopreservation.

People who are not very familiar with the process of medical cryopreservation tend to think that cryonic companies “freeze people”. This may be because they’ve watched many sci-fi movies, or perhaps they’ve noticed that food stored in their freezer lasts longer. Whatever the reason may be, a question that often comes up when talking about cryopreservation is: “are people stored inside huge freezers?” Let’s clarify. Cryopreserved patients are stored in what are known as “cryogenic storage dewars” - which, if we wanted to make it very, very simple, could be better compared to a thermos than a freezer.

How Does It Work?

Cryogenic storage dewars are vacuum containers used for the transportation and storage of cryogens, which in our specific case is liquid nitrogen. The containers are named after Sir James Dewar, a British chemist and physicist, who back in 1892 invented the “vacuum flask”, also known as a “Dewar flask” or “thermos”.

If you think about it, it’s rather impressive what a thermos can do. You could spend hours laying in the sun and your beverage would remain nicely chilled. You could also be outside on a very cold day, wearing a warm jacket and gloves, and still enjoy a sip of warm and delicious tea from your thermos. How is this even possible?

Both a thermos and a cryogenic storage dewar are designed in a way that minimizes heat transfer. This allows them to maintain the temperature of the liquid and biological material they’re storing without the use of any electricity.

The Physic Behind a Cryogenic Storage Dewar

The design of a thermos is actually not very complicated. It’s a container with two or more outside layers of evacuated air in between the layers, creating a vacuum gap. There is usually also a very tight stopper cap on the top and a reflective metal layer around the outside layer.

These three elements, a vacuum gap, a tight cap, and a reflective layer, altogether prevent heat transfer. The vacuum space prevents conduction since it’s emptied of any molecules that could move heat from the outside to the inside. Because of the cap, air can’t freely enter or leave the container, so convection doesn’t happen. The reflective layer works against radiation.

Technically, a thermos and a cryogenic storage dewar are quite similar. The difference is that the latter is specialized for liquids at very low temperatures. A dewar is also typically much bigger than a thermos, especially when it’s used to store cryopreserved people.

The Adaptation of Cryogenic Storage Dewars for Cryonics

Cryogenics storage dewars come in a variety of shapes and sizes. Their dimensions depend on what they’re needed for, namely for transporting and storing cryogenics. Suitable ones can be also used for cryopreservation.

Cryonics providers, such as Tomorrow Bio, typically use a dewar made out of stainless steel that can withstand a significant amount of time without deterioration. These are stored and monitored in a long-term storage facility. The most common whole-body dewars measure about 3 meters in height and 1 meter in width. They can contain up to 4 full-body people. Usually, neuro patients are kept in specific units in a column in the center of the dewar.

As you may have noticed with your thermos, eventually, your water gets warm. If it’s a high-quality thermos, it may take a while longer, but in the end, it will inevitably happen.

A cryogenic storage dewar is not much different, even if the technology is highly advanced and the heat transfer is minimal. The main reason for this is that the dewar has a lid. Without a lid, it would be easier to create a perfect thermal insulation. However, this would make it very difficult to move cryopreserved patients in and out.

Liquid nitrogen, the fluid used in cryonics, has a boiling point that is much lower than room temperature. It can be found in liquid form and only at a temperature of -196 degrees Celsius. This means that, without specific expedients, this substance would normally turn into gas and disperse in the air. With this being said, a small part of the liquid nitrogen contained in a cryogenics storage dewar will eventually warm up, boil and turn into gas. It’s important that the dewar has some system that allows the gas to “escape”. If this didn’t happen, the pressure would make it explode - and we definitely don’t want that!

Any cryogenic storage dewar that is preserving biological samples for a certain amount of time will need to eventually be refilled. This refilling doesn’t need to be done often but it impacts the costs of any cryopreservation, which is supposed to last for a long period of time. In the case of cryonics, the operators of a storage facility usually refill the cryogenic storage dewars weekly. However, this is more so done for safety reasons. Nevertheless, using liquid nitrogen is, for now, the most practical, environmentally-friendly, and cheap way to store cryopreserved patients.

Tomorrow Bio’s patients are stored at the European Biostasis Foundation’s (EBF) long-term care facility, in Rafz, Switzerland. The facility was recently inaugurated. Participants at the Biostasis2022 Conference had the opportunity to visit its laboratories, and surgical and storage rooms.

Patients are stored underground, in one of the safest—both geographically and economically—areas of the world. EBF oversees the long-term care of Tomorrow Bio’s patients and the continuous alignment of all parties with the mission.

Patients inside a cryogenic storage dewar, such as the ones of Tomorrow Bio, are stored upside down for safety purposes. As explained above, it’s likely that some liquid nitrogen will boil out of the dewar over time. Since research states today that all of the information that makes a person who they are is stored in the brain, then it must be protected at all costs. As the brain is stored at the bottom of the dewar, it’s highly unlikely—even in the most extreme and unforeseeable of circumstances—that it will be affected by a loss of liquid nitrogen.

Maybe you are interested in being cryopreserved after your legal death. If you are, you may now have a better understanding of the place you will be stored for probably many years. You know how and why we specifically use a cryogenic storage dewar, and where in Europe you will remain preserved until future revival when signing up for cryopreservation with us.

Liquid nitrogen is, by now, the cheapest and safest option. And while we use the dewars described above for now, we are also researching Intermediate Temperature Storage (ITS) devices. Nonetheless, we think we can find even more advanced solutions in the future. At Tomorrow Bio we are working hard to push further biostasis research. With the commitment and dedication of our medical researchers and engineers, we expect groundbreaking developments in the years to come!

Would you like to help us advance this innovative field? By signing up as a Tomorrow Fellow, you’ll contribute to funding cryopreservation research and save up for your own cryopreservation in the future for as little as €5 a month. If you feel like talking cryonics, futurism, longevity, and more, you can also join us on Discord.