Who Is Fernando Azevedo Pinheiro?

Get some personal insight into the life of Tomorrow's co-founder - Fernando Azevedo Pinheiro. 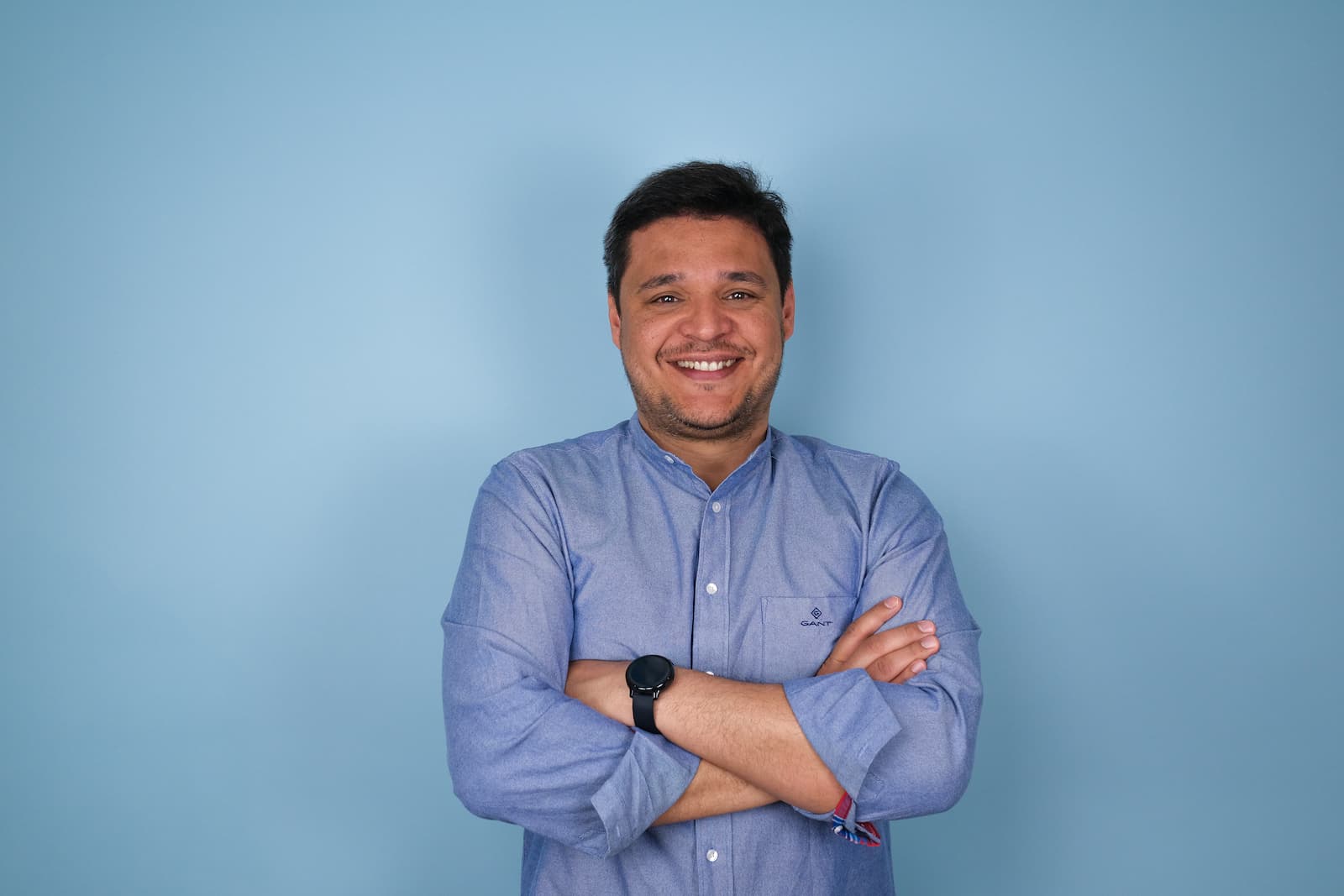 It’s easy to look at the top of a company structure and only see “bosses”, not “people”. But despite popular belief, there is, in fact, a whole life-story hidden behind each face. In this article we want to tell the story of Fernando Azevedo Pinheiro, co-founder and COO of Tomorrow.Bio. We’ll uncover his roots, his motivations for joining the Biostasis (aka Cryonics) field and some personal stories about the man behind the big smile.

Fernando was born and raised in the “glorious city of São José dos Campos” in the state of São Paulo, Brazil. He grew up in a big, expansive family, counting no less than nine aunts and uncles and a correspondingly large number of cousins. Fond memories of his grandparents, parents, and two siblings also fill Fernando’s mind when thinking back to those joyful childhood days.

Less fondly remembered are the school days in São José dos Campos, (87 km from São Paulo) which Fernando didn’t put much effort, nor interest, into. “Normal education” didn’t excite him much, if at all. He would rather dream of sailing around the world (a dream he’s still hoping to fulfill to this day). It wasn’t until he started preparing for the university admission exams that he realized his fondness for math and physics, which shifted his brain into gear.

Fernando’s father was a mechanical engineer and business executive at Embraer, the third largest aviation company in the world. His mother also worked at Embraer as a mechanical/aeronautical engineer, designing the wings of aircrafts for more than 15 years. Little did she know at this point that the wings aiming to fly the highest, would belong to her son Fernando.

When his parents weren’t busy granting people the power of flight, they would often spend time with their family, an activity Fernando always enjoyed, and still does. Potentially influenced by his mom and dad’s field of work, the native brazilian picked up traveling as one of his key hobbies. He also enjoyed some more grounded activities like reading books, and watching a good series or movie. One of those movies Fernando saw 20-odd years ago was Demolition Man. This is where he was first introduced to Biostasis, aka. Cryonics. However, he considered it nothing but pure fiction at the time. Another, more down to earth hobby of his comes from his love for motorcycles. There are very few things in the world that bring Fernando more joy than taking a cruise on one of these speedy machines. An open expression of joy he inherited from his father.

In fact, his father was a big inspiration for the current Tomorrow COO in a platitude of ways. I believe the best way to show this, is by letting Fernando speak about his father himself:

Fernando: “[...] my father suddenly passed away in 2010. He was a very funny person. He was afraid of ghosts and always told me he would live until 150 years of age and I actually believed that he could get close to that. Unfortunately, he lived way less than his own parents. That taught me how life is short, and how we should really enjoy the now. After he passed, I started to have this belief that people should choose how long they want to live, or at least, be kept safe until future technology can treat whatever caused their death. Cryopreservation would have made so much sense in his case.”

His father’s sudden passing set Fernando’s mind on track to help Dr. Emil Kendziorra found Tomorrow.Bio, Europe's first human cryopreservation company in the future. At this point in time he had already heard about Alcor, and the possibility of Cryopreservation, but hadn’t given it too much thought yet. He first had to navigate his way through a multitude of countries and continents led by a plethora of important life decisions.

In 2016, after working at a well-paid job for multiple years, Fernando decided to quit in order to create his first startup (CarZar) in Cape Town, South Africa. At this point in his life, he could have leaned back and continued doing what he was doing. He would have been fine, but Fernando decided against this kind of life. He wanted to create something of his own. Looking back on the years following this move, he regards them as one of the happiest of his life.

A few years later, after selling his first company, Fernando spent several months talking to Emil Kendziorra about this project called “Tomorrow Biostasis”. His interest in the field was clear, but he was unsure if it was the right way to go. The fascination for the project was there from the beginning, but he had concerns from a business standpoint. He knew it would take many years to get this ball rolling. One evening, Fernando sat on a hammock on an island in the coast of São Paulo, having a beer, chilling, and looking at the sunset. It was then that he realized just how much he loved moments like that. Life is precious and people should be allowed to have more of it. He set his mind on joining Emil’s venture,moved to Berlin, and joined Tomorrow. To never forget the WHY, the purpose and the mission, he sat up from his hammock and took this picture:

Fernando’s journey was a long and varied one. Born into a lively family, he was inspired to aim high and follow his dreams. He took his life into his own hands and made his way to South Africa to create something new. Something that would prove to be a venture that was worth taking. He then was courageous enough to follow his heart and move to Europe, where he’s now aiming to change the way we see life as a whole. Who knows, maybe he’ll be able to claim the 150 years that weren’t granted to his father.

If you are interested in figuring out more about Fernandos reasons as to why he became a Biostasis startup co-founder, you can take a look at this article he wrote.

If you have any questions about Biostasis as a whole, feel free to schedule a call with us.

Tomorrow.Bio
A Short Film About Life