In Which Cases Can’t You Be Cryopreserved?

It’s difficult to perform cryopreservation when you don’t have a body to work with. 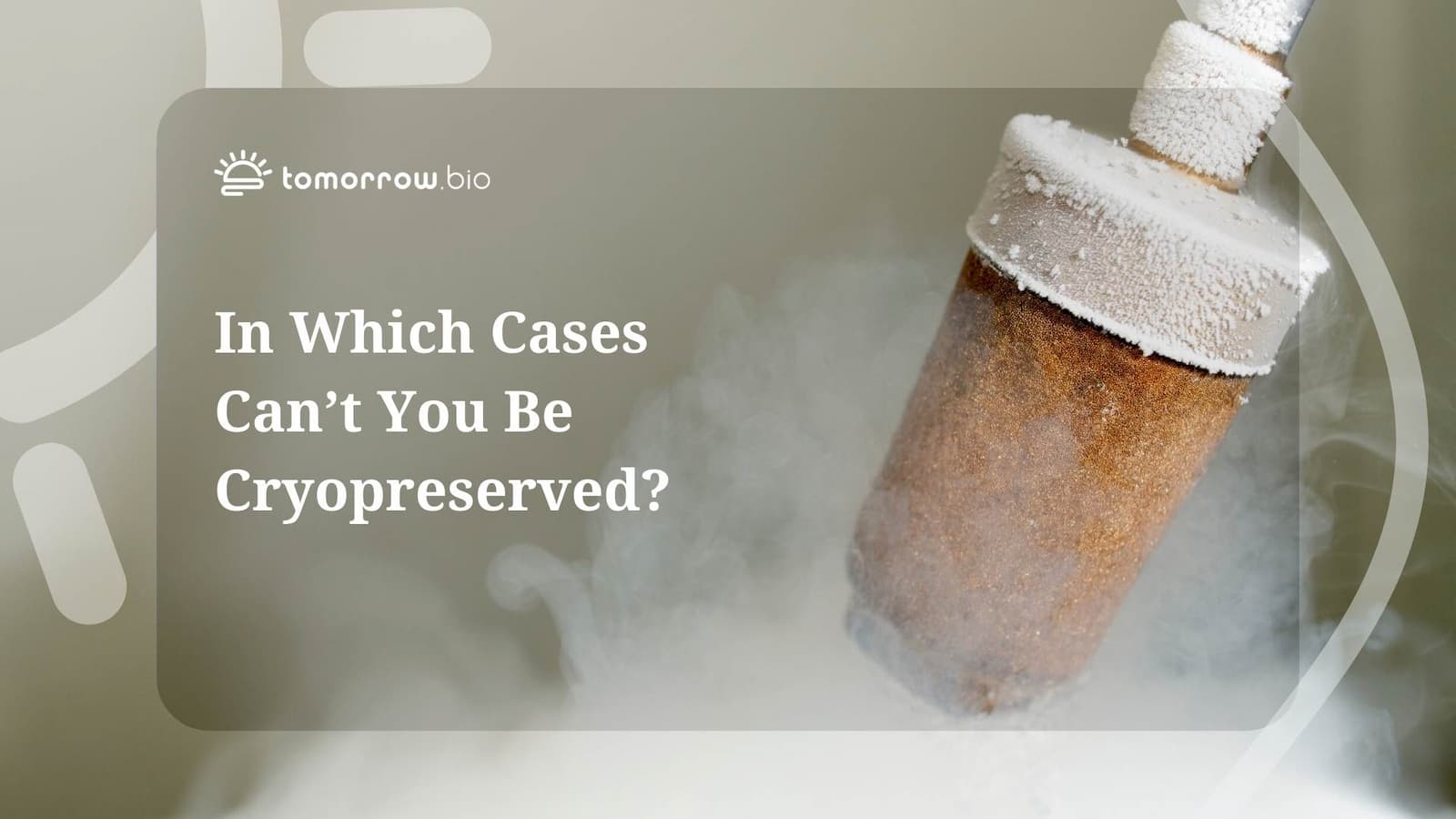 The cryonics industry has been around for decades, but many people are still unclear about a few key details. In short, cryopreservation uses extremely cool temperatures to pause biological processes. However, one of the most important things to understand is that cryoprotection cannot begin until after the pronouncement of legal death by a medical professional. In traditional situations, the natural progression of events would lead to biological decay. Cryopreservation gives individuals another option, one which could potentially give you another chance at life in the future.

Is cryopreservation always possible? The answer is yes (more or less). Cryopreservation would always be possible if we have your body (or brain). Let’s explore the few cases in which the procedure can’t be carried out below.

The first thing that needs to be understood when contemplating future revival is that death is a process. It’s not something that occurs in a single moment, like the flip of a switch. The first catalyst in the process occurs when your heart stops beating, which is referred to as clinical death. However, thanks to lifesaving technology like CPR, clinical death can be reversed (unless you have a DNR). If these efforts are ineffective and the heart stops for four to six minutes, legal death is declared.

While you might think all hope is lost, this isn’t the end. There are still millions of biological processes occurring in your body. These continue until eventually, you reach something called the info-theoretic death (info death for short). This is the moment in time where scientists have determined there is no possibility that either current or future technology would be able to access information within the brain.

However, at Tomorrow Bio, we don’t believe that a line should be drawn between who could be revived and who couldn’t be. The truth is, we have no idea what future technology will be able to achieve. We believe that death is reversible but we don’t know how or when this will be achieved. That’s why we cryopreserve people in any case or any condition. Even if it’s hours or days after legal death or a patient has a neurodegenerative disease. However, the highest quality cryopreservation would be achieved as soon as possible after legal death. Waiting hours or days isn’t the best case scenario, but who are we to say what could be possible in the future? With that being said, there are a few circumstances that would make cryopreservation not possible.

If It’s Impossible to Get to Your Body

It may seem obvious, but if we don’t have access to your body, we can’t begin the process of cryoprotection. A physical body (or brain) is kind of the bare minimum required for cryopreservation. This type of circumstance is extremely rare though. For example, if you were to reach legal death while locked behind bars in North Korea, the chance of retrieval is slim. The same can be said if you were to die overseas in a war and your body was never found. This scenario is pretty straightforward—we can’t cryopreserve someone we don’t have access to.

If Your Brain is Completely Destroyed

Another situation that would make biostasis impossible is if your brain were to be completely destroyed. According to current medical knowledge, your brain is what makes you, you. This is one of the reasons many people argue that cryopreservation might not work with people affected by neurodegenerative diseases. If you can’t retrieve the neural pathways that contribute to your thoughts, personality, and memories of life, who are you preserving? But, as we mentioned, who’s to say what kind of technology will be available in the future.

As long as your brain is intact, Tomorrow Bio sees no reason to forego cryopreservation. Unfortunately, if your head has been completely destroyed and is beyond the point of saving (i.e., in a car crash, a plane crash, or some other type of accident), cryopreservation cannot occur. There’s just no purpose in moving forward with the process on a body without a brain.

Although these situations rarely occur, there is an option to add a second beneficiary on your life insurance policy in the case of one of the two situations above. This way, if cryopreservation was deemed impossible, your beneficiary would receive the death benefit. However, as you can see, the only situations where cryopreservation is not possible is when your brain isn’t accessible.

In all other circumstances, cryopreservation at Tomorrow Bio can be achieved and the chance for a new future becomes a possibility. To give yourself this opportunity, sign up with us today. What have you got to lose?